The whole story begins back in 2006, when I went to European youth cup in Bulgaria. There I met (not for the first time, but more personal) Izidor Zupan. Later we became very good friends, probably because of the same ambitions and craziness we were hiding inside. Climbing was developing fast by that time and I was always trying to find something new around my home town. I remember Izi was telling me about one secret spot near Laško. He said, he sent his hardest route there and that it is a very nice 7b crack. I got so excited about it, I barley wait for my first visit there. When I came there, I was surprised how nice that place is and that there is also some potential for bouldering as well. Izi didn't know so much about bouldering by that time, so he was happy when he realised that there is so much more than he imagined. Don't get too excited about the place while reading this, but for young, ambitious and for kids who come from Slovenia, that was one hell of thing. First we climbed the easiest ones and than year after year we always found something new. Maybe after a year later, we discovered this crazy long cliff, just 5 minutes walk from the other place. We started trying and climbing all the logical lines, but one made a huge impression on me. The upper part of the cliff was really steep and I couldn't believe that there are actually holds and I could actually do all the moves from the first jug to the end of a cliff. Of course for me, that looked quite impossible for that time, but I knew that some day I will do it. After a while, Urh Čehovin came around and didn't see the whole line, so he "only" climbed the crux of the roof and named it Cross my heart, which later became my first 7c+ boulder. Back to the story with Izi. We were growing and getting stronger together. In 2007, Izi did the first ascent of Herpes Zoster, which was the last part of the cliff and graded it 7b+. He named it after his very bad disease he had and I said, if I do the whole thing, I'll call it Meningitis (after disease I had when I was young). I was working on it a hard and in 2010, I succeeded! Quite soon after the FA, I cut the bush down and the whole cliff looked one. There we opened some new lines and according tho the parties we were attending to, we named a new line Inbox, after the best club we have ever gone to. I also opened Yes we can (very nice techno-minimal song), which started on a logical jug and ended up on the starting hold of Meningitis. It's graded as 7c+ boulder problem and it contains 17 moves (before changing beta it was 20). On the same year, I could do it in 2 parts, but I felt like an universe away of actually connecting all together. Years went by and I was still trying it when I had time, but no success. Even worse! Few years ago, the crucial foothold in crux broke. I need some time, just to reclimb "easy" lines that went thru that foothold. Cross my heart was upgraded to 8a and no one else could repeat it. But I didn't give up. In this season I was already kicked out in Xaxid hotel 9a/a+, by falling on the last move cause of the wet hold, so I changed my plans to this project. I've been trying it more often in last 2 moths and finally realised that this thing is actually possible. I was working on crux move a lot, so it would feel easier after the first part. But still the main problem for me was Yes we can. It felt easy, but still to long that I could come to the crux quite fresh. 2 weeks ago I finally reclimbed Meningitis after the brake and I also started to feel, that it's gonna happen sooner or later. In last week came there alone for few times and also the foggy weather made some unpleasant surprises. Crucial hold was luckily dry, but the next jug was completely wet and not even possible to dry out. I set my mind to come there on my 25 birthday and to make it finished. With a full support of the crew that were there with me, I felt like a ski jumper before his performance. Few of them were waiting for me with towels and chalk to come to some crucial holds to dry them out. On my first attempt I finally stick that hold, but unfortunately fell on the next move. Water got it's battle! But I didn't give up. I gave it another try and I sent it!!! Final scream out on the top of the cliff. The battle was over. And that battle wasn't a battle between the hardest climb in Slovenia and me, but it was only a battle between me and connecting all moves together. I also don't care about grade so much, but I would say it could be an 9a+ or if you prefer it- hard 8c boulder problem. Izi knows what Massacrate was and I can now tell you as well. It was one of the most hard core parties I've ever went to and it was so hard as this line is! Thank you everyone!!

Photos by Luka Tambača and archive 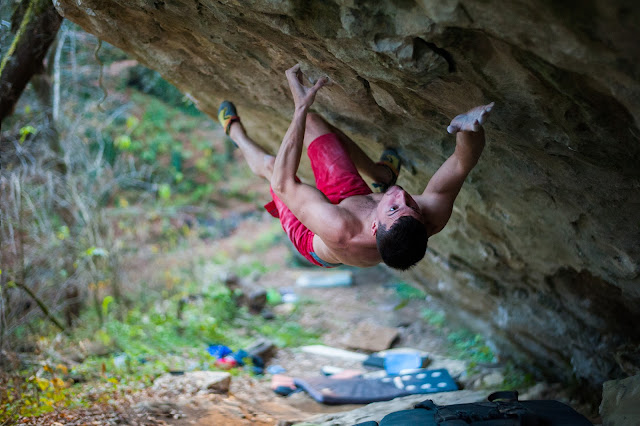 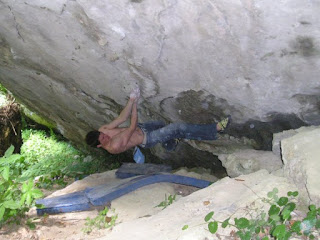 2009, tree in the back was blocking to find the whole line 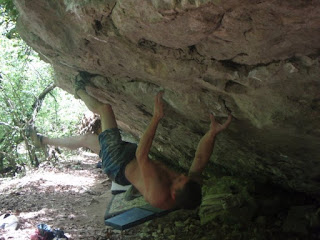 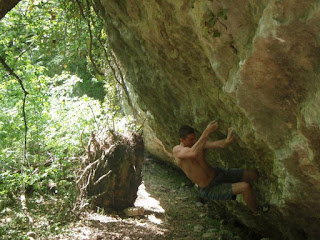 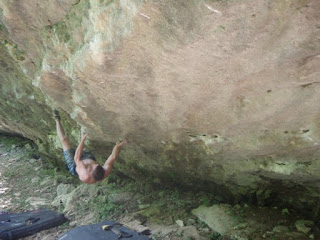 last moves in Yes we can 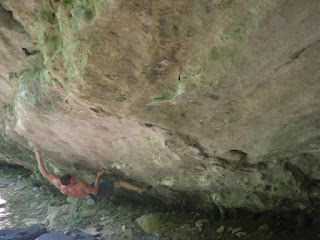 last move into Meningitis 8b+ 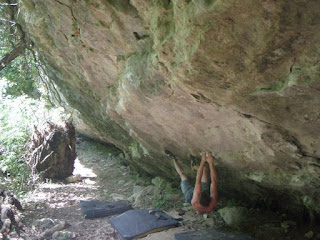 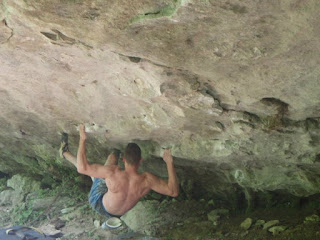 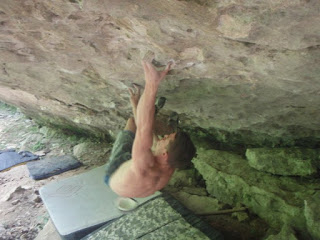 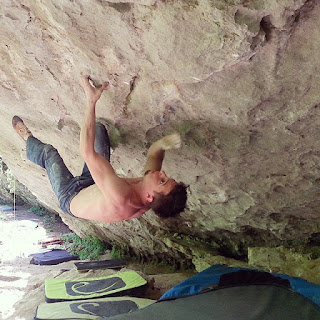 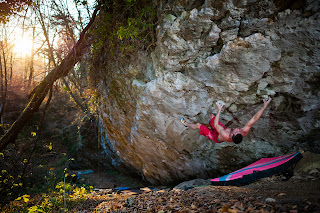 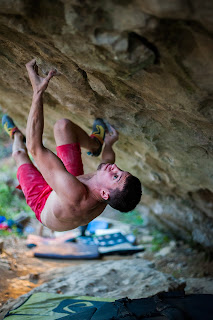 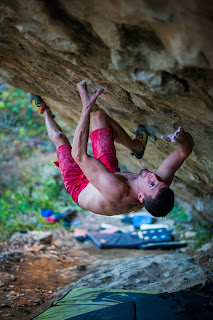 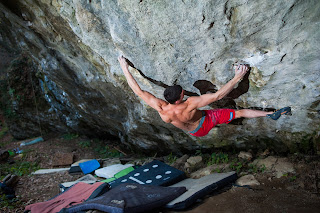 it starts somewhere above white pad