The whole story begins when Vezi and I planed an one month trip to Switzerland just to climb 8b+ (Hattori Hanzo) multipitch. Somehow we managed to climb it on our first week of the trip as I wrote in a previous story. So we had 4 more weeks to spend just for climbing and to have fun. The best place to go was Arco, because there was youth World Championship and good spots to do some sport climbing. Of course we had fun and ate tons of the best ice cream in the world. I was trying my best to do Underground, but unfortunately we were to focused for 3 weeks of Magic wood already. I came quite close, but didn't have enough endurance for the last crux. I think I have kind of a barrier for 9a routes, I always do the moves and climb them in 2 parts, but it's so hard to put it in one piece. Maybe I just need more time to work on things like this, but anyway. Back to the story. About 8b+ battle, Vezi came closer to hat trick doing 8b+ (Hale Bopp) sport route. I only did Gravity games 8b/b+, which didn't count in the game in my opinion even though it felt hard. I also did Fuego 8b and on sighted 7c+. After a good party and few scoops of best ice cream, we moved to Magic. Conditions there were not so good, but we knew it's gonna take some time to get into bouldering shape. The only think that I was happy about, was sending the first part of Unendliche geschichte 8a+. I was so excited, because I knew that now I can link the whole think. I started working on second part again. Now all the moves felt so easy, I could also do second part no feet. But still couldn't link it together. Weather got even worse, so we decided to go to Zurich for a few days. Luckily our very good friend Urs gave us a warm place to stay. That's how we got some powers. No we decided to try at least one more 8b+ sport route. We chose probably the worst climbing area in the world, called Deponie. After warming up, we attacked the hardest route in the area. After suffering and almost giving up, I somehow managed to send Shaolin 8b+. Vezi did it right after me. Weather didn't get any better, but it got a bit colder. Luckily we found some dry days to climb and that gave enough confidence to send The never ending story 8b+. This is how I won the 8b+ game. I have to say I didn't compete against Vezi (but he did at least 8b), but just to my self. I haven't climbed 8b+ boulder for a while so it was about time. More rain came and even more friction, so I was also able to send Riverbed 8b on my 4th try of a trip, Elecrtoboogie 8a+, Sofa surfer 8a+, Supersupernova 8a and Grit deluxe direct 7c. After that, it became impossible to climb and the snow came as well. It was time to move to Stuttgart.

My skin wasn't really good in Magic, so I knew that this is the skin I need for competition. I also felt quite confident and prepared for adidas rockstars. In every round I climbed really good, so I made it to the finals as I should do it hundred times more in the past. I had a fever, but my mind was so strong I didn't let it finish me. I also got even more motivated, when I heard that I'm performing at the same time as my sister Julija. It was so great when I saw her finish the second problem on my right side that I said to my self, if she did it I have to do it as well. And it happened! I did it on my 5th go which put me on the podium (3rd place). Unfortunately competition ended for me at this point, but I was more than happy. That was one od the best and for sure the most successful trip so far! Lets hope for more trips like this. 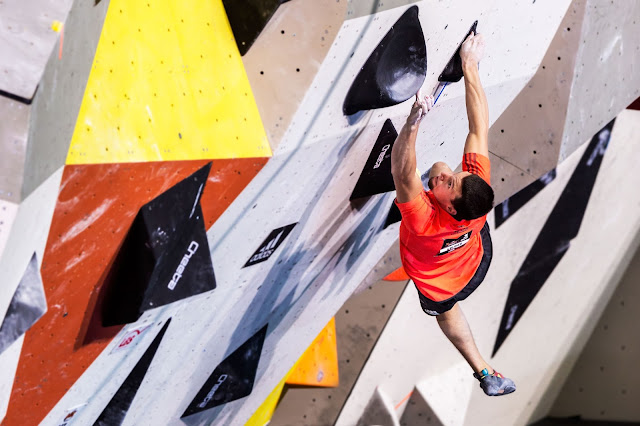 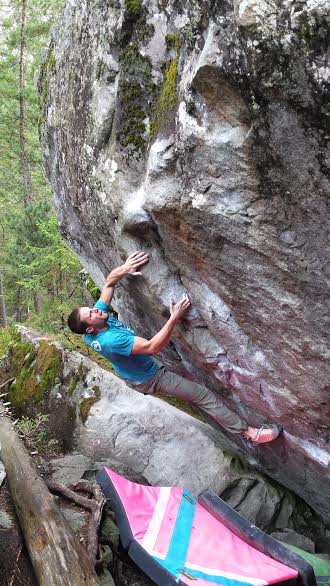 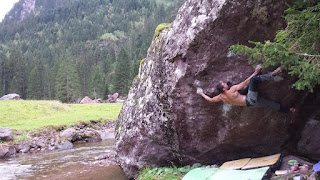 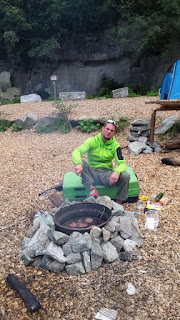 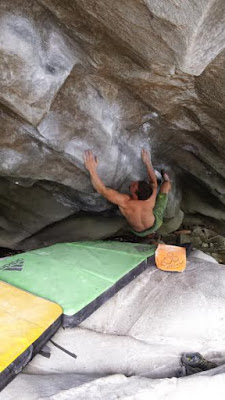 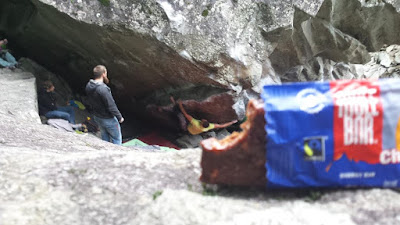 all thanks to Medikem for supporting us with energy food 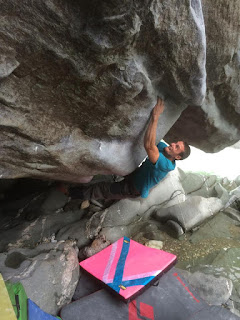 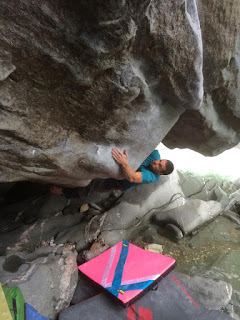 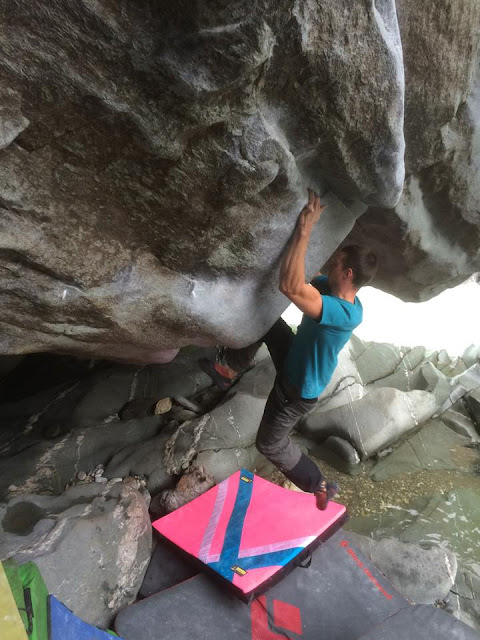