Next time I'm playing roulette, I'm putting my bets on number 21. Looks like it was my "lucky" number on this years World Cup circuit. Even before World Cups, I felt stronger than ever before and also my mind was calm and peaceful. On the European Championship I was ready and couldn't wait for the qualifications to begin. Somehow my climbing wasn't okay enough and after no failure last year, number 21 was mine again. It happened for 2 more time in World Cups, so I really don't know what's the reason. As I already said, I felt strong so I could sent one of my hardest routes, right after the failure in Munich. I'd like to say, I didn't feel pressure in Munich or anything, it was just bad luck.
And all I can say about Miza za šest, is that I was quite close to send it last year, but didn't have enough time to work on it for some longer. I tried it this year in spring and it didn't feel like I can do it, if I don't try it for some more. But looks like I was wrong again. After nice little party in Munich, 3 hours of sleep and 6 hours drive, I sent my 4th 8c+ almost for warming up. It was the last combination route that I wanted to finish in Kotečnik, because it's still quite logical one. There are still some combinations that I despise. I rather finish up some routes that were left in sector Trapez and Kača.

I hope the lottery will work in my favour in next month, when Vezi and I will try to do the second ascent of multi pitch route Hatorri Hanzo 8b+, in Titlis Nordwand, Switzerland. 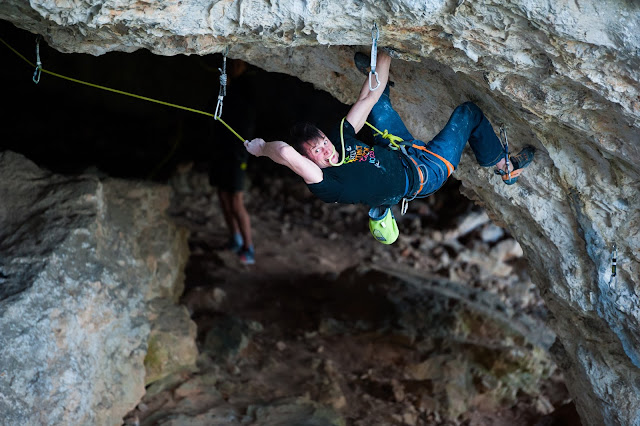 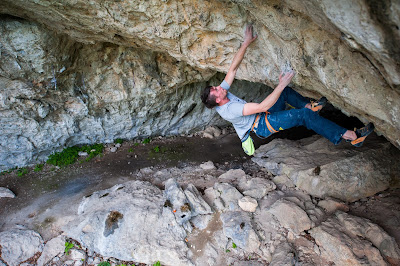 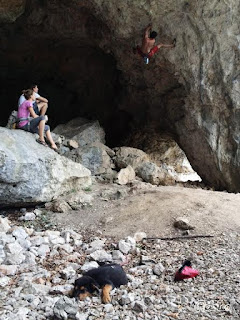 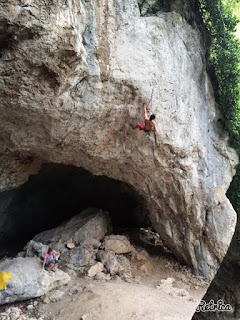 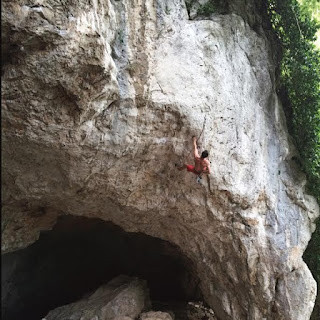 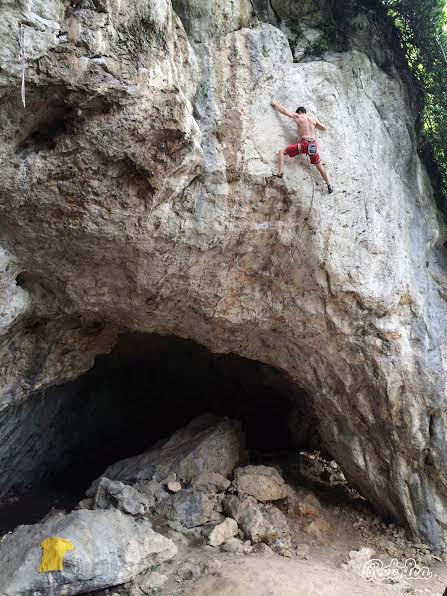 last move, where I fell for few times 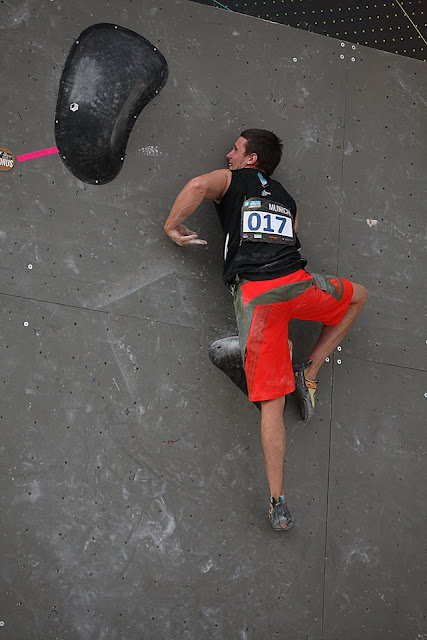 As I wrote on my Instagram profile, unfortunately  I didn't win, but was very close. Anyway the qualifiers didn't work quite well for me, cause I couldn't do 2 out of 8 problems. The system was a bit different than I am used on World Cups, but luckily it was enough to make it to the finals. Problems were really nice in the finals, but some moves were simply just to hard for all of us. One of them was easy, that almost all of us flashed it. But still, it was weird enough, that it costed Jan one extra try. We both did the last one in second go and here I was lucky because of Jan's mistake. Gui Gui was strong in qualifiers already (he was the only one who did all of them) and also in the finals. He performed so well and with all the pressure he had, he still flashed the last boulder and won, me second and Jan third.

The whole competition was a nice experience before last World Cup in Munich and I can say that I'm calm and very motivated.

Here is also a short report from last weekend that I spent in Arco. The main reason to go there, was to try Underground 9a. I felt a bit sick, but I was still able to do it up to the last crux. From there I basically did it to the top. That was on my first day, when I also sent some easy routes, one 7c+ on my first go (I tried it some years ago) and Halebopp 8b+ on my second go this year (+2 tries last year). 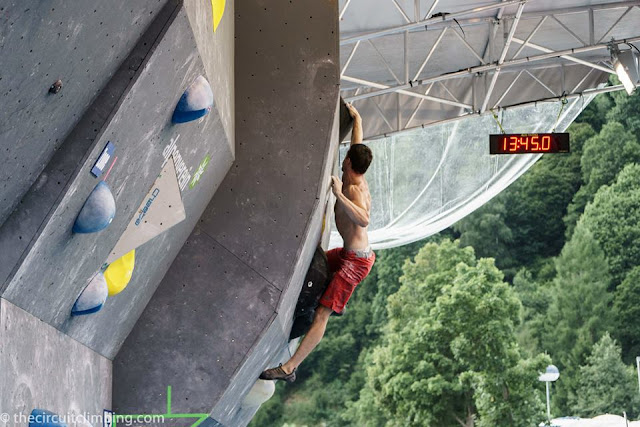 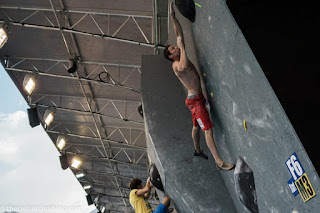 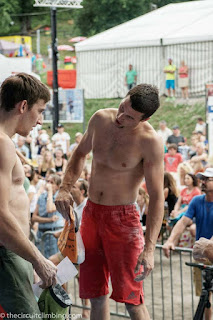 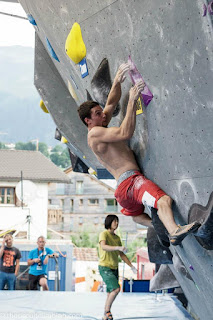 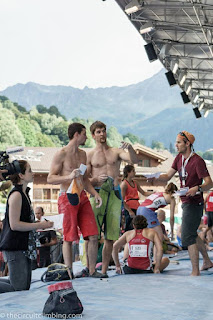 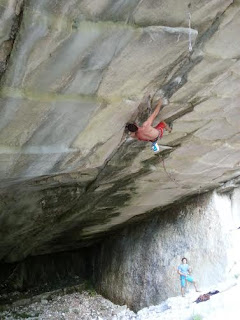 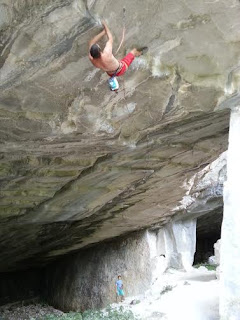