The story of two worlds

And here are some words about my feelings from my last trip to Ticino. First I have to say that I was there with  really strong Slovenian team and that we climbed 24 boulders with grade 8a or more. We started with 8b+ which I climbed on the first day we got there. I did The dagger, which I already worked out last year for the new year. I must say that I couldn't dream about 8c before, but somehow I knew before the trip that, if I climb dagger fast, I can try the sit start of it. After I climbed The dagger, I tried first 6 moves which I did one by one with some problems. But I switch the mind and I said: If I did all the moves, than it's possible to make it one. So on the third day on it, I already fell from the last hold and from that moment, it was just the matter of time when I'll get the pass. After that day I had a lot of problems with starting moves, temperatures and endurance (falling from the last move for 10 times at least). So one day I went with my friends to Chironico to relax my mind a bit and by mistake made a quick ascent of Delusion of Grandeur, 8b. That was actually second go for me, but I slightly remember I tried it few years ago, but I swear, I wasn't there longer than 5 minutes, cuz I couldn't move in it. And so it came 3. of January I we had to leave. Of course we couldn't leave and we extended the trip for another few days. And it came- the fourth day of new year. It brought better temperatures and it brought luck. I warmed up a bit, flashed an unknown 7c and moved to Dreamtime block. I felt strong, relaxed and I could feel warmth from inside and outside. After a minute I broke the boundary and put my first 8c (The story of 2 worlds) in the pocket. I can't describe feelings, but I can say that I'm really happy to climb such a boulder and make a fourth ascent. It definitely changed my view on 8c boulders, but still I know I'll have to do a lot to send more hard stuff. After I added another 8a to slovenian list, named Le piller. During the trip I also sent Arcadia sit, 7c+ and Eva did amazing send in Gay parade, 6b.

I wish you all the best in new year! 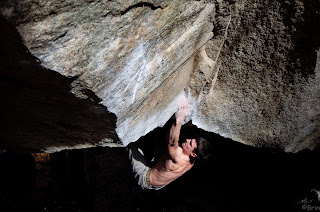 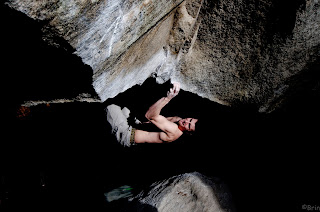 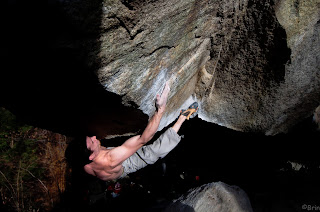 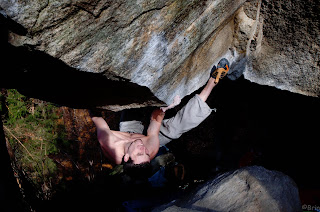 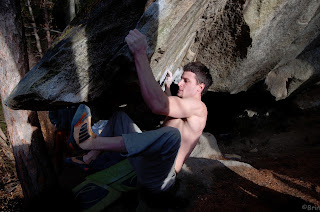 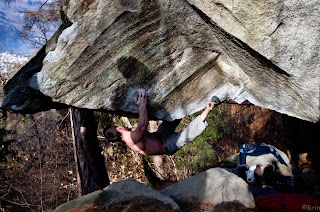 And here is also a video: