From Swiss Alps to Slovenian Alps

After a hard competition season I took some time to enjoy my passions in outdoor climbing. Before adidas rockstars I climbed Working calss heros, 8b+ and after adidas, we went to Switzerland with our team. We were hosted by Swiss coach Urs and have to say we really had a great times together. I sent an 8a boulder in Lindental, named Myrdin and I also climbed an 8a+ route in Lehn, named Zentrifuge.
In Primorska, I was trying route Vražji Robert 8b, which is more or less protected with wedges. I was close, but didn't make it, so we spent some time in Črnotiče cave. There I sent two 8a boulders, named bionic.si and Red queen. In Ljubelj I did the second ascent in Pure philosophy 8a+.
Last week we went to Maltatal, where my goal was to climb Air 8a+, but it was a bit too hot for me, so I have to climb it next time. But I'm happy to make a first ascent of very unusual boulder. It's located just next to very famous Power of good-bye and it's very tricky to read. Cause of the very unusual movement, I called it Ringelspiel and graded it 8a+.
I also tried some alpine climbing for the first time in my life. I went to Križevnik with my friend Marko and he took me to very nice route, with very solid rock named Aktinidija. It's 250 meters long and it only has 2 wedges in whole route. It's not so hard to climb, but it's a bit different, when you have to trust gear, you put in.
On Sunday I also on sighted Silent alarm 8a in Bitnje and two days before I went to Graz for opening of the biggest bouldering gym in Austria, named Boulderclub. 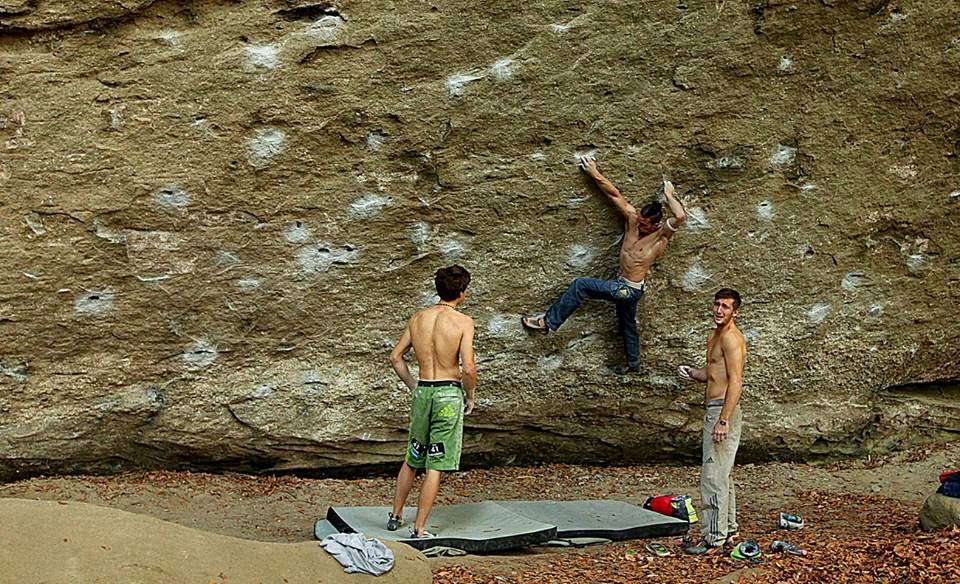 trying an 8a+ in Lindental 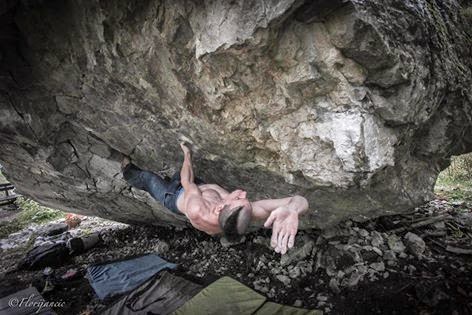 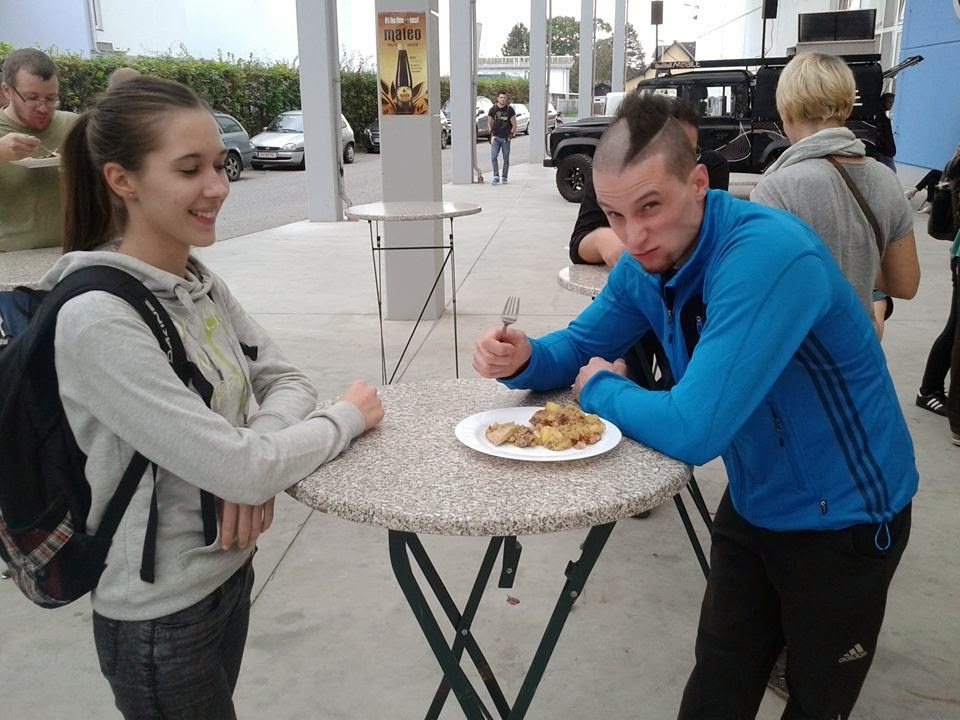 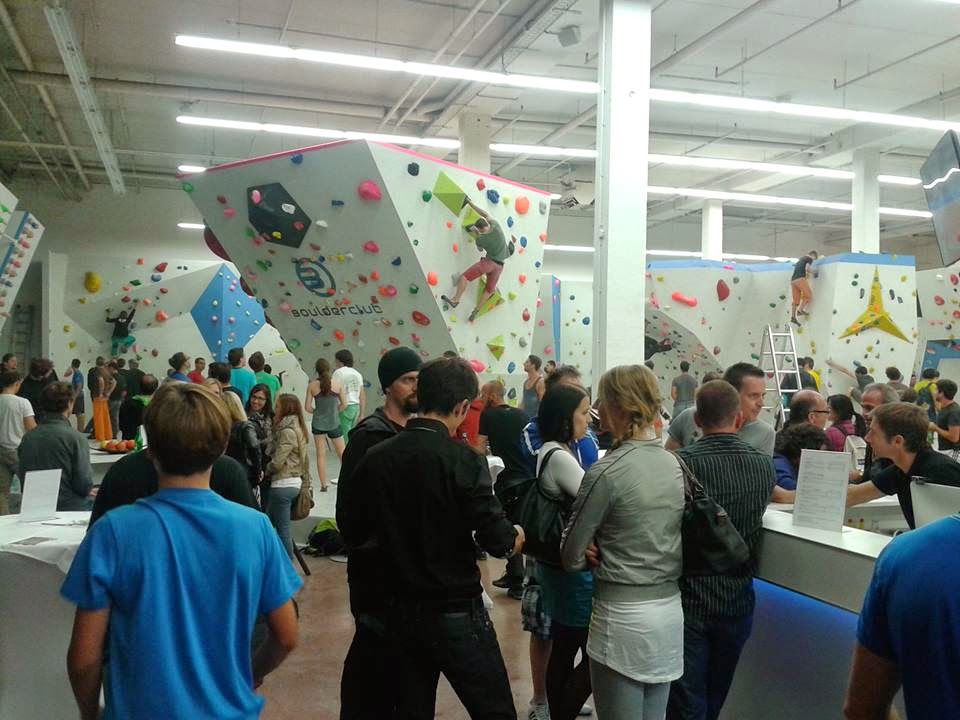 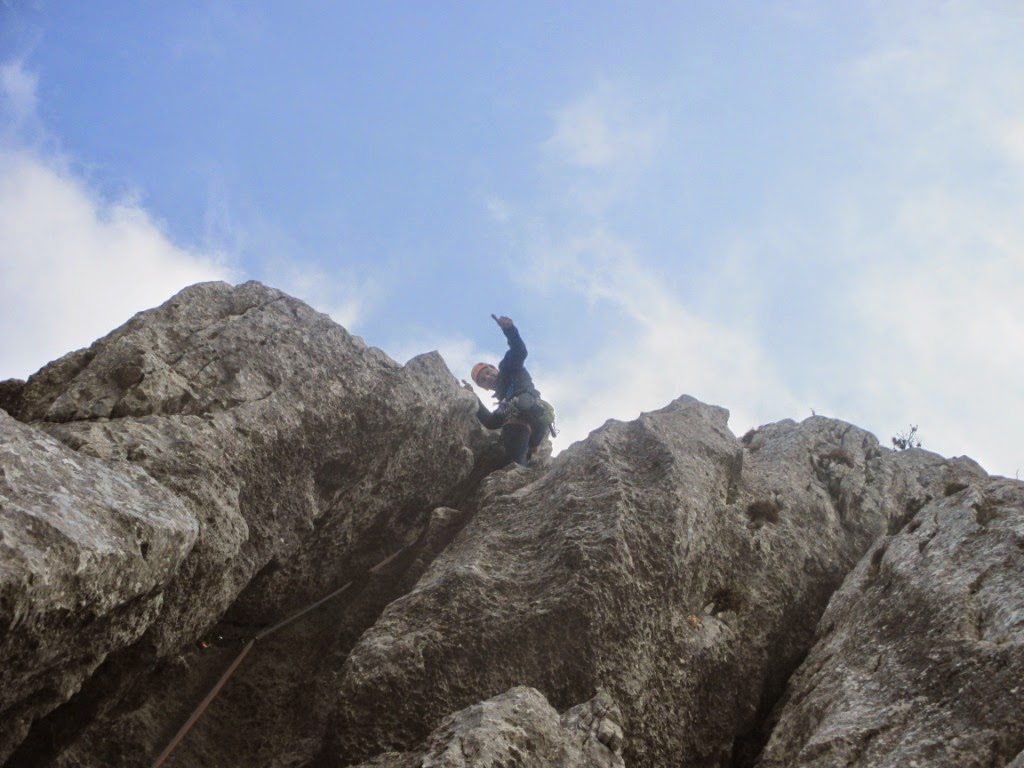 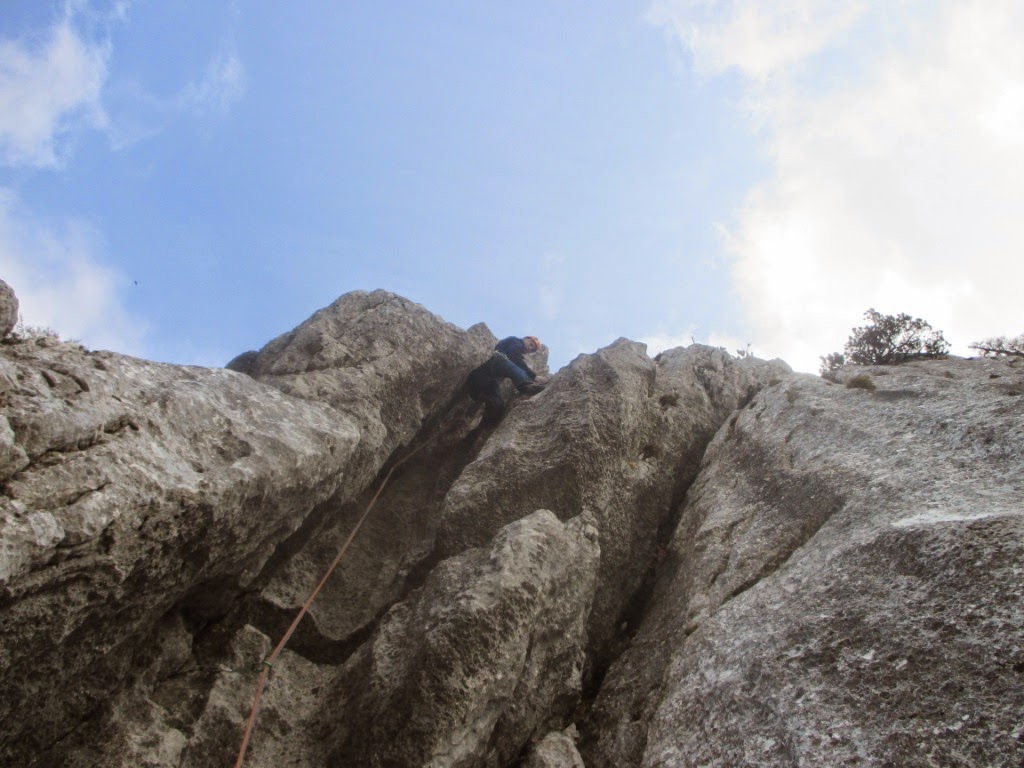 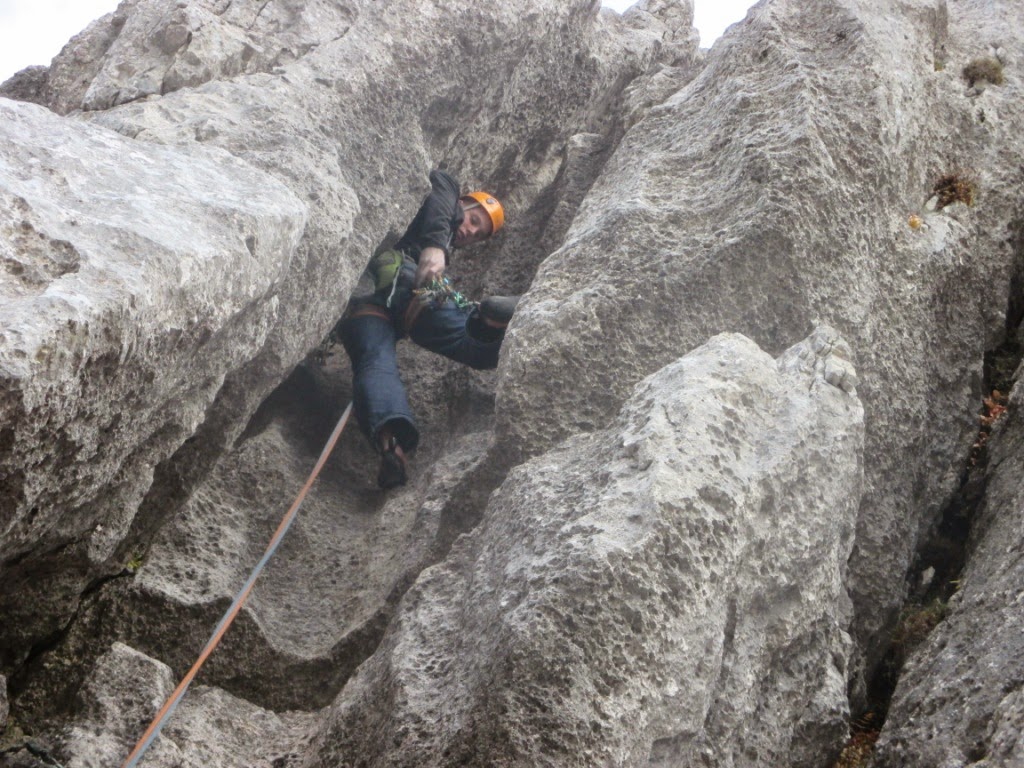 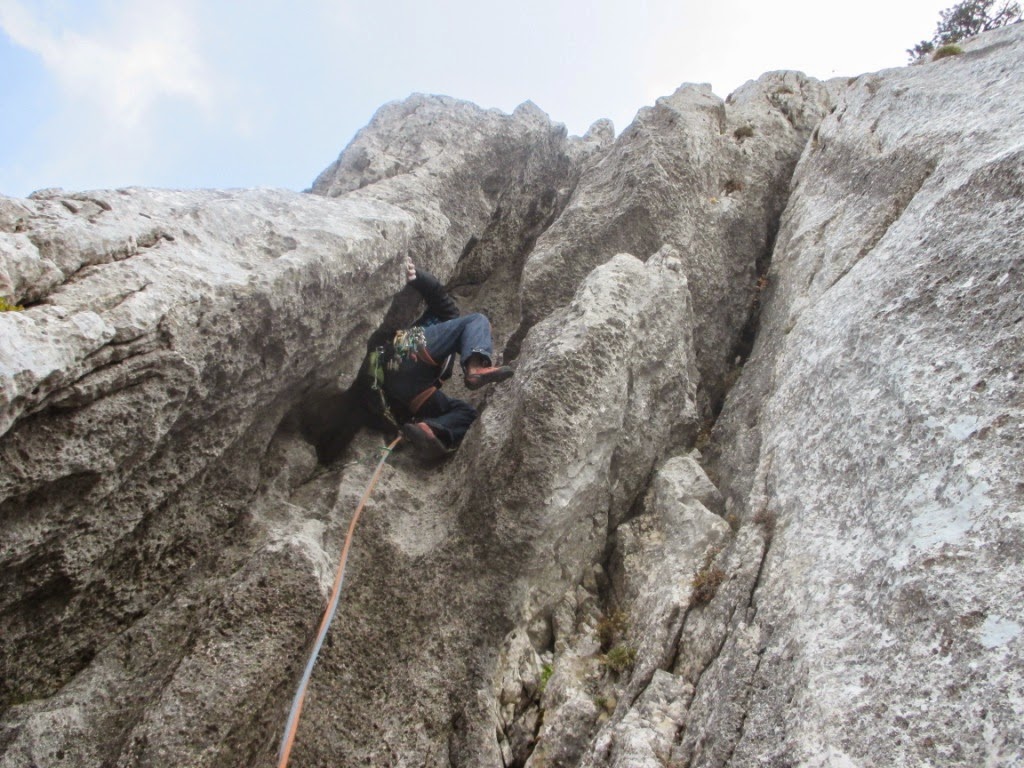 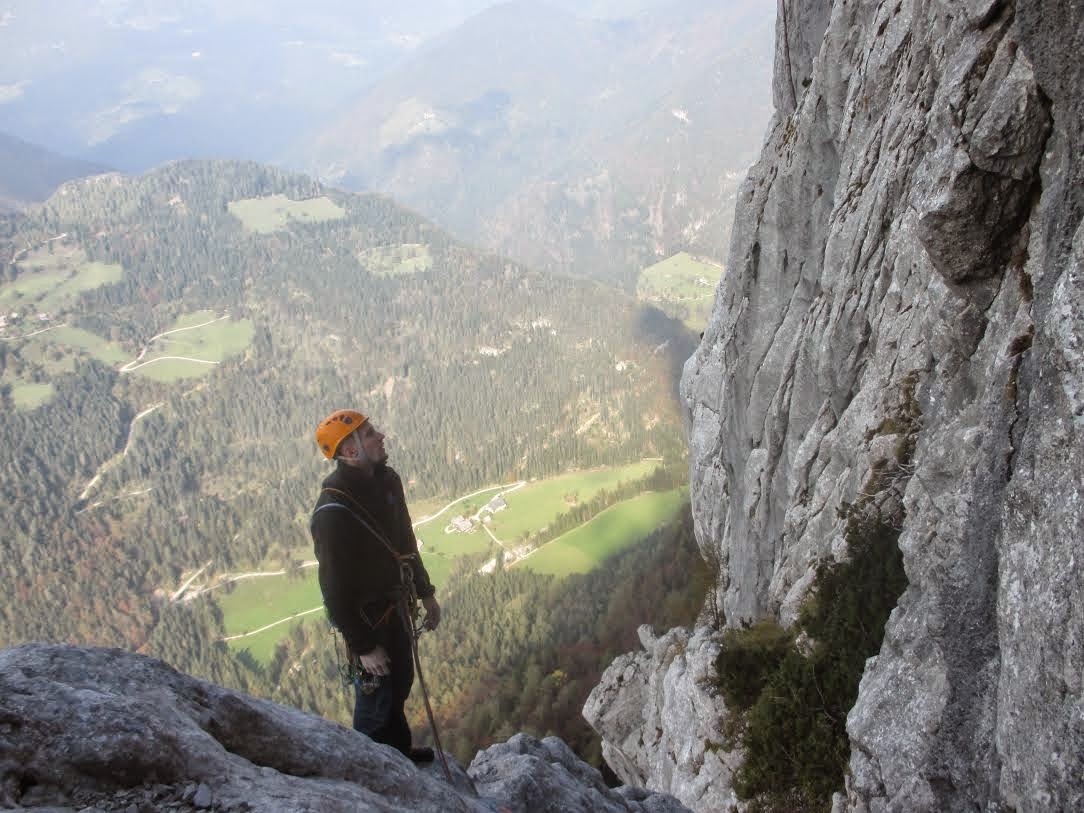 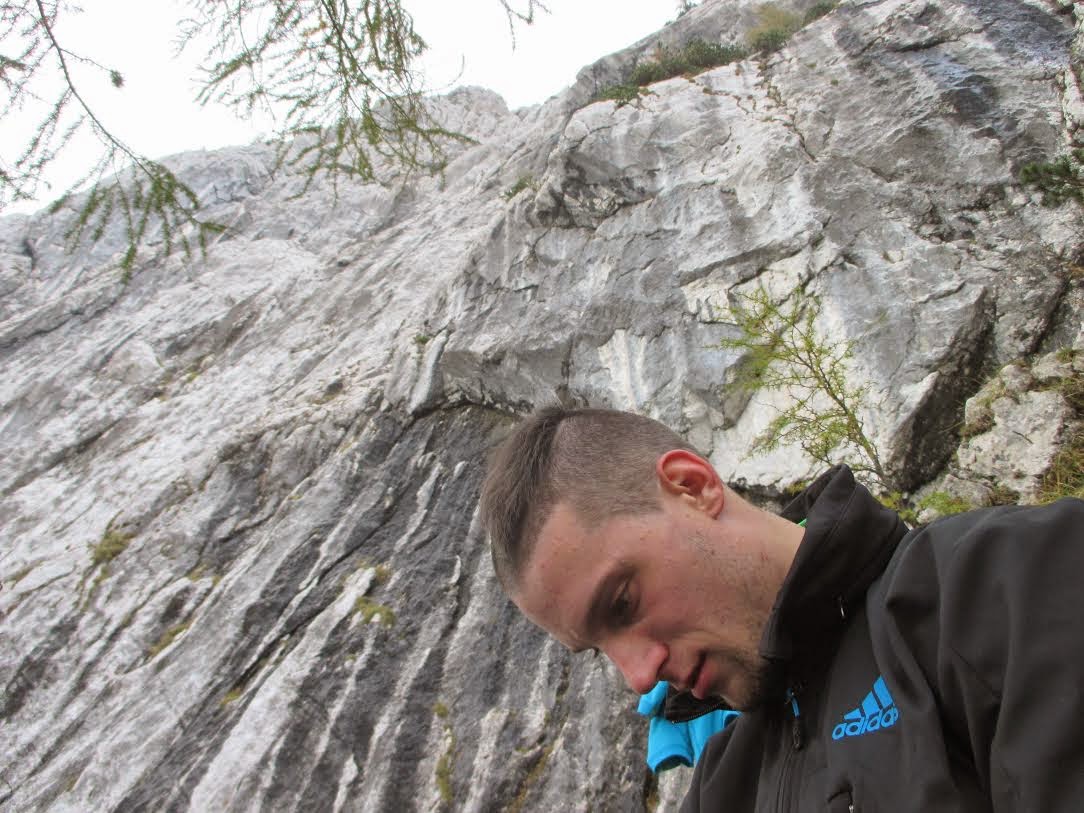 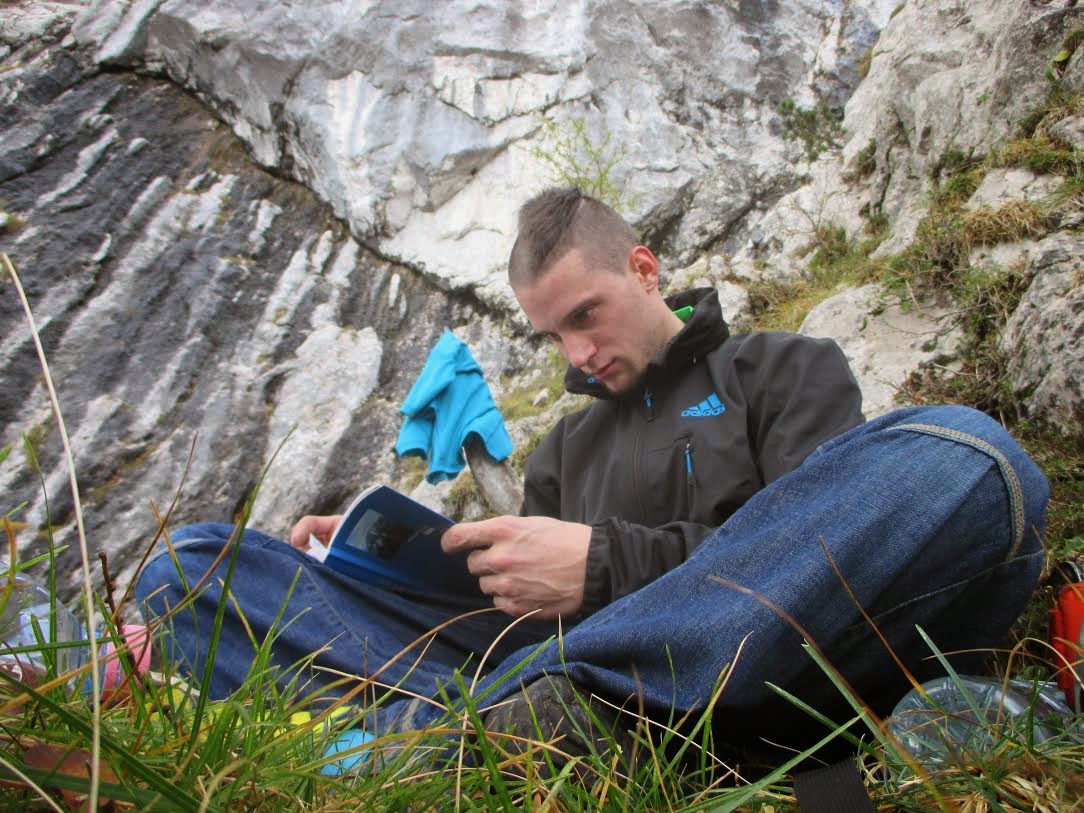 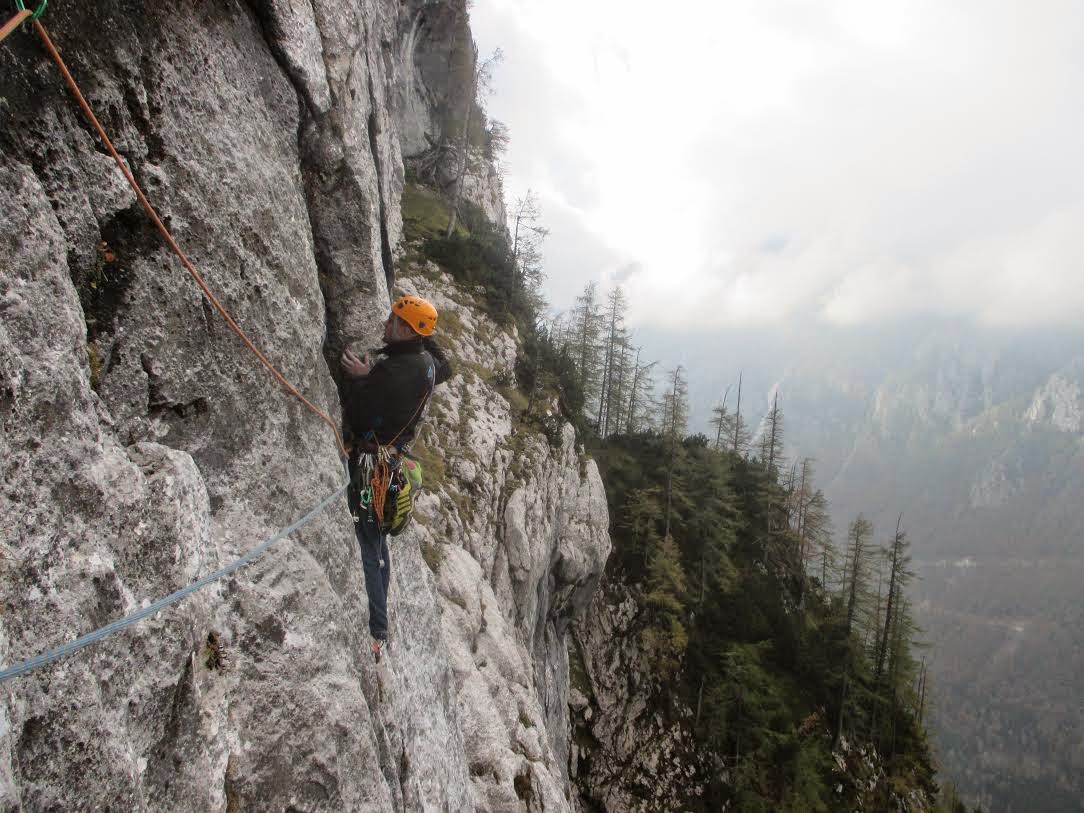 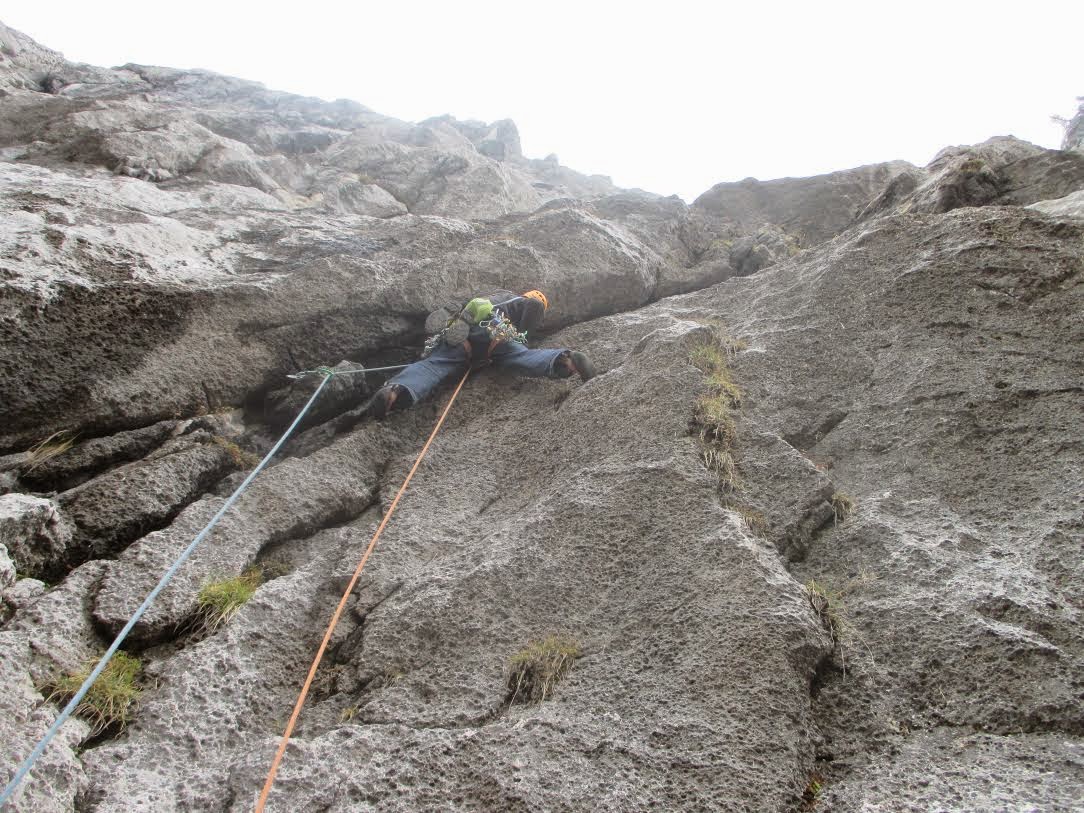 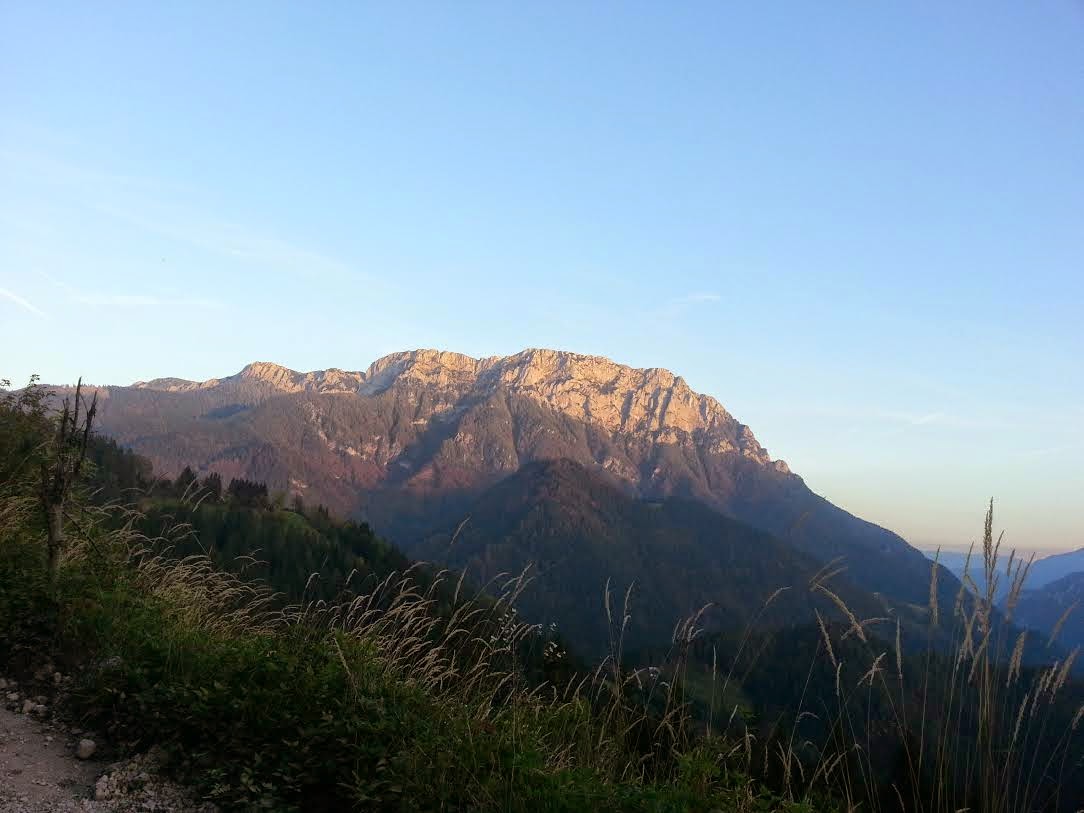 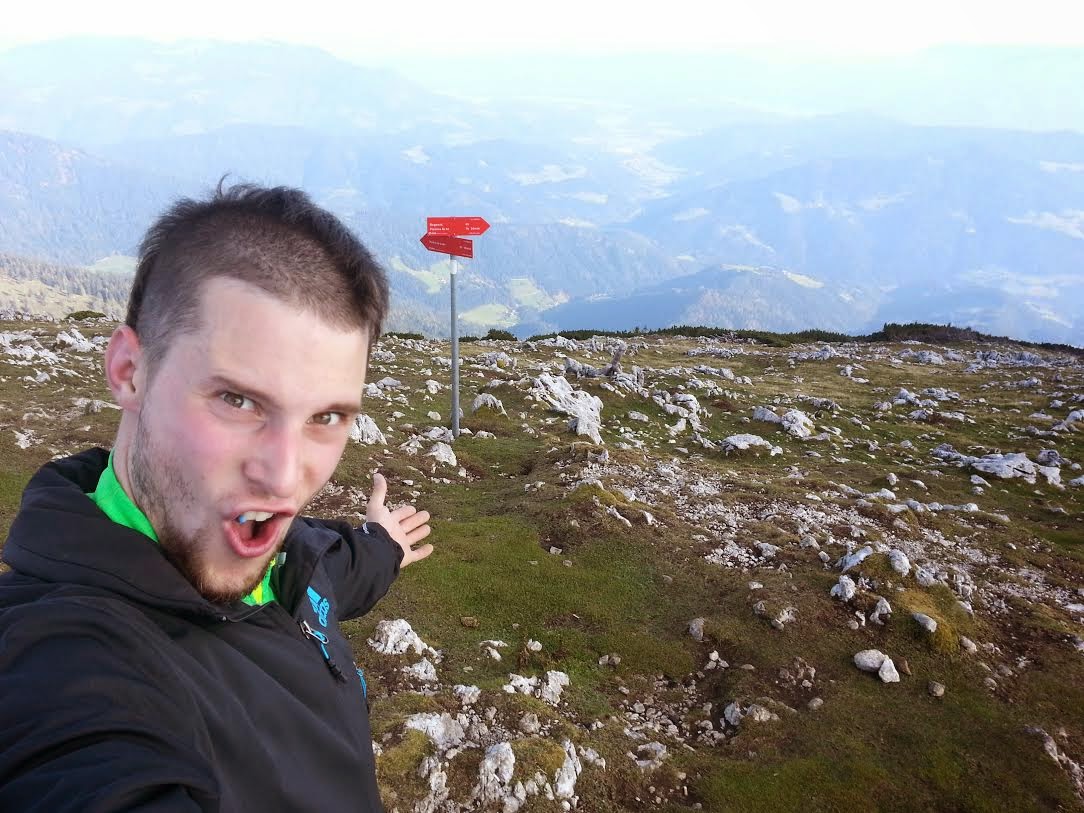 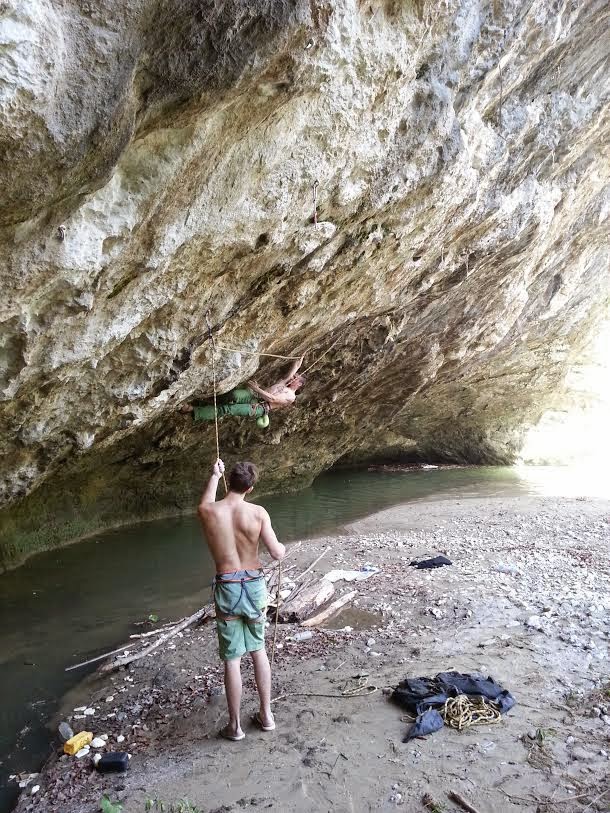 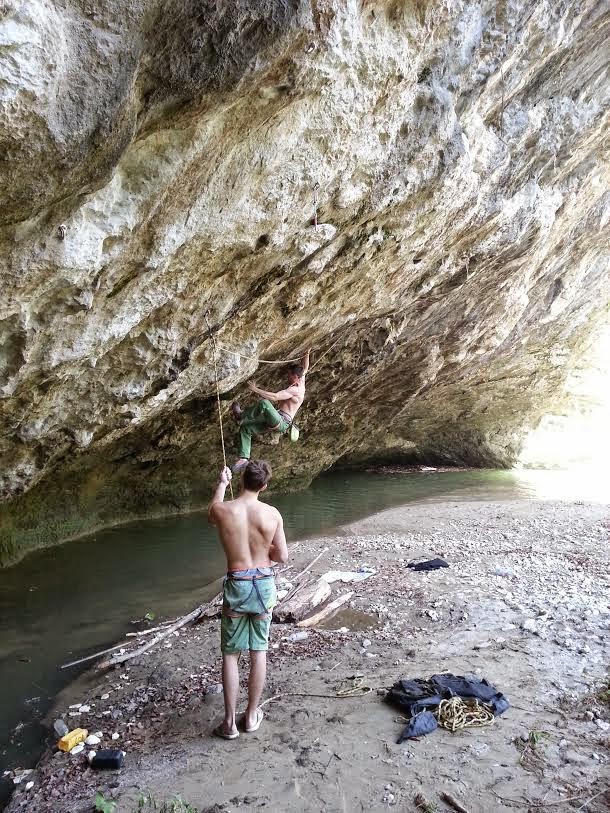 me and Vezi trying a 9a project in Sopota 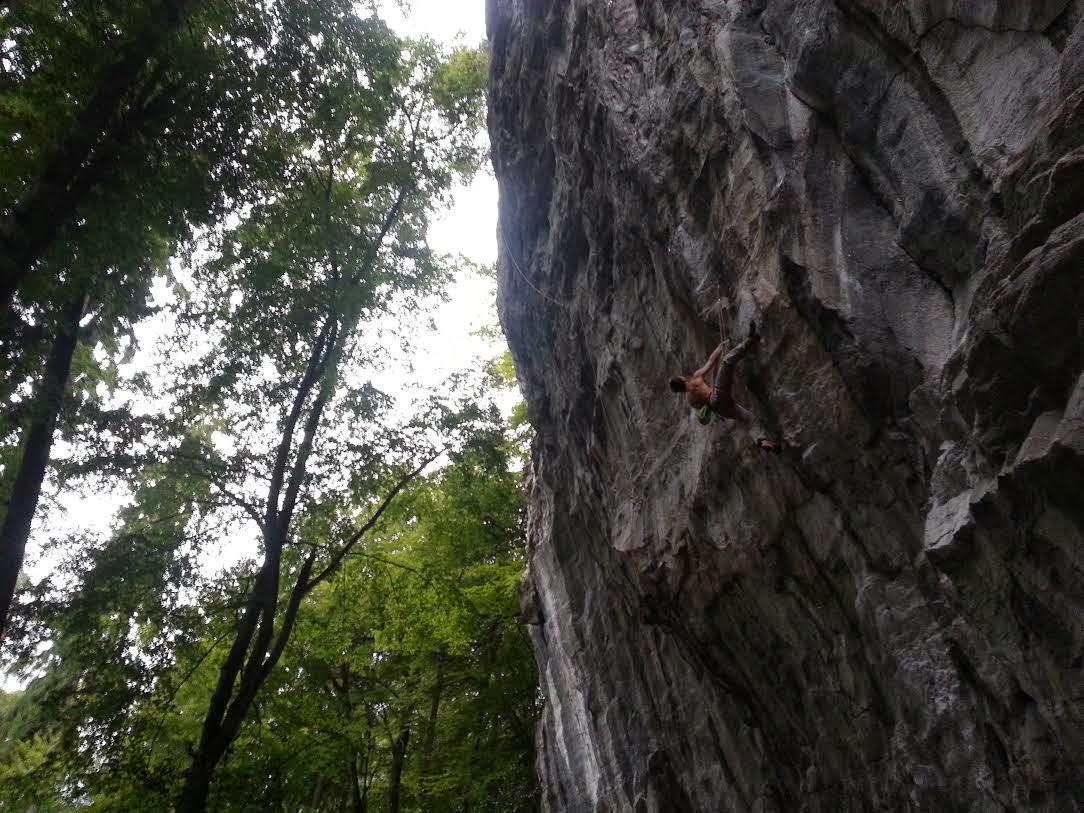