It's the end of bouldering World cup 2014

But it's not over yet!
Tomorrow I'm going to Magic wood and than, I'm starting with more trainings for World championship in August. It was a really good season and I'm happy, that I'm progressing every year. I'm sad, cause I injured my shoulder on my first WC in China, so I might do it even better. Anyway, there was really strong competition all over the year and there were almost 100 climbers, who made at least one point (best 30 on separate cup) in overall, which really shows it's not an easy business, to get into the first 10. I also skipped one cup, where I could get more points, cause there were only 25 competitors, but anyway, I should have just climbed better on the last cup (10th place in Laval) and I might progress for a place or 2. 8th place in overall isn't that bad, but I still wish, there were more finals in this season. There is nothing much I can do, but to train more for next comps and next season!

Fingers crossed for a good weather in next weeks, so you can hear more good news in the future! 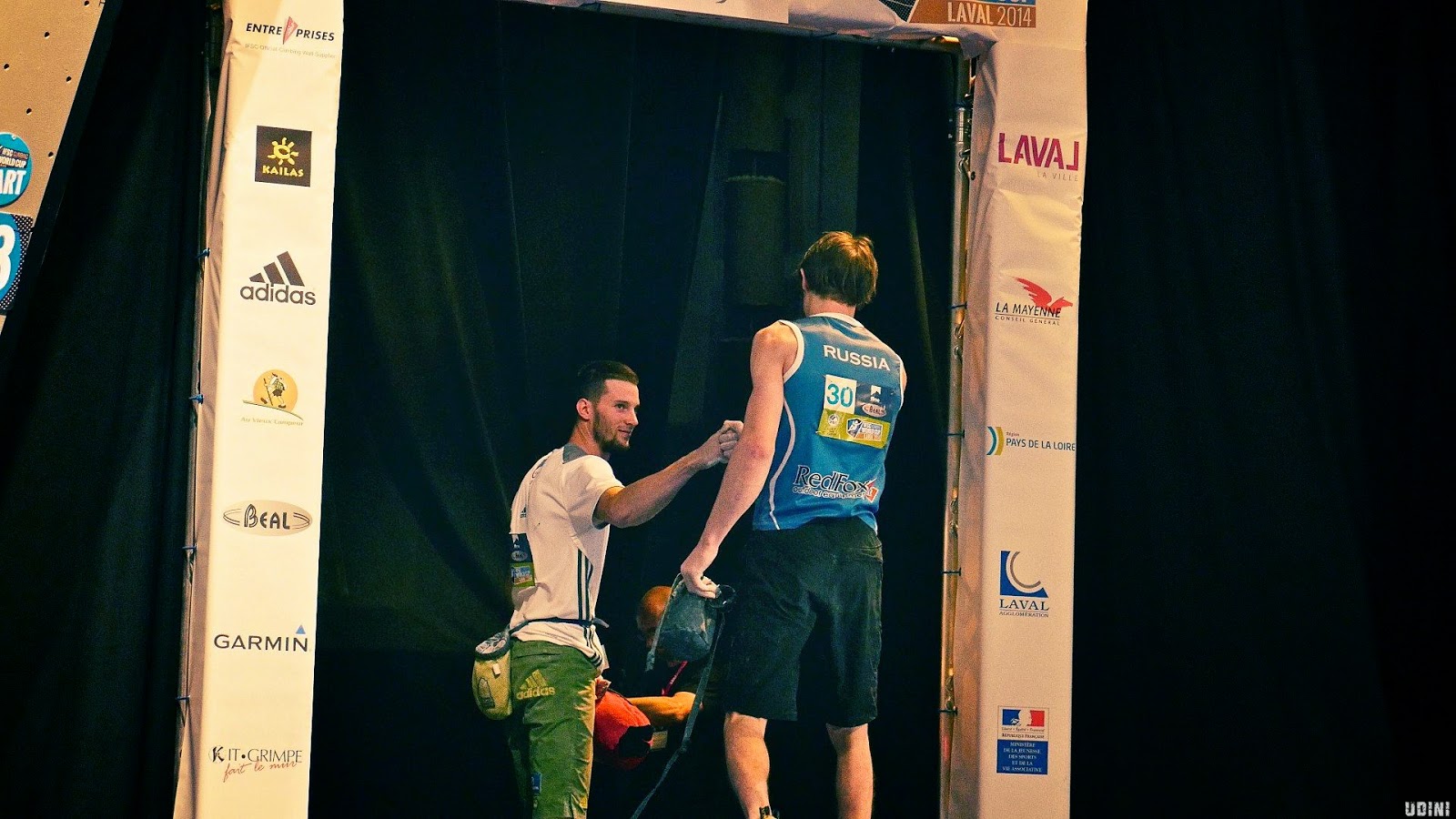 In 2011 I bolted the first route in local crag Sopota. It was the most obvious line and in the fall, I managed to do the first ascent. So we got first, very hard route, named The secret, 8c. One year later, we bolted 4 more lines. For one we were hoping it's gonna be easier one and the other 3 looked really hard. So Izi were trying his project and I was trying mine. I couldn't solve the first crux, but I was able to do the moves in upper part. First few moves were so hard, that I would grade it as 8b+ boulder problem. I was trying very hard, but I couldn't connect upper part either. So unfortunately the next year, I rebolted first two bolts and made it more possible. I believe, the a new start is harder for some people, cause you only have to do one really big dyno. If I compare it to some 8a dynos in Rocklands, I would say, this one might be even harder. So you can still try the harder version, if you want. I was preparing for the World cups, later I was competing so unfortunately I didn't have so much time to work only on this project. After bouldering season I had more time and I came quite colse to it. And again, I had a battle with time, cause I left to Rocklands in July. I came back very tired, injured and fat. So I spent all the fall in Mišja peč to get some endurance and lose some weight. Again, this spring I had to prepare for the World cups, so I only spent few days in it. Just one day, before I went to first World cup in China, I fell on the very last hard move. After that I only visited it once, but conditions were really bad. And finally, on 15.6. I came there with our team coach Roman and few friends and I managed to send it first try. I can't describe my feeling, but I can say I felt pretty awsome, when I realised, I finally made it.

Cause of the constant battle with time, I named it In time. I personally grade it 8c+, but I know this route is very specific and for a lot of route climbers almost impossible, so I put 8c+/9a. Maybe I',m not realistic, so feel free to upgrade it, or just tell me that's all just bull shit and it's just another normal 8c+ (I spent at least 100 tries in it).

Here it's also a video from it: 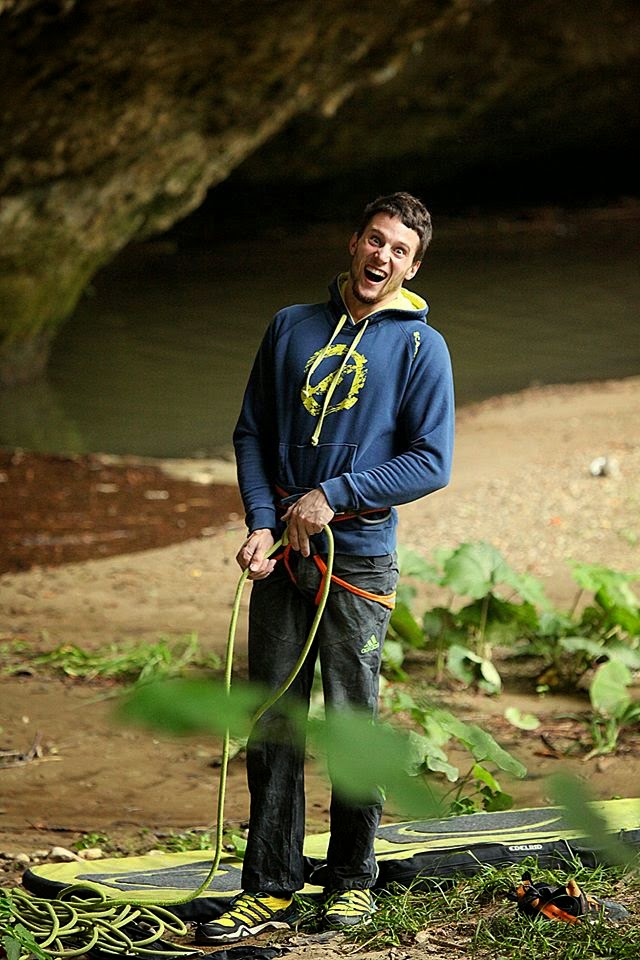 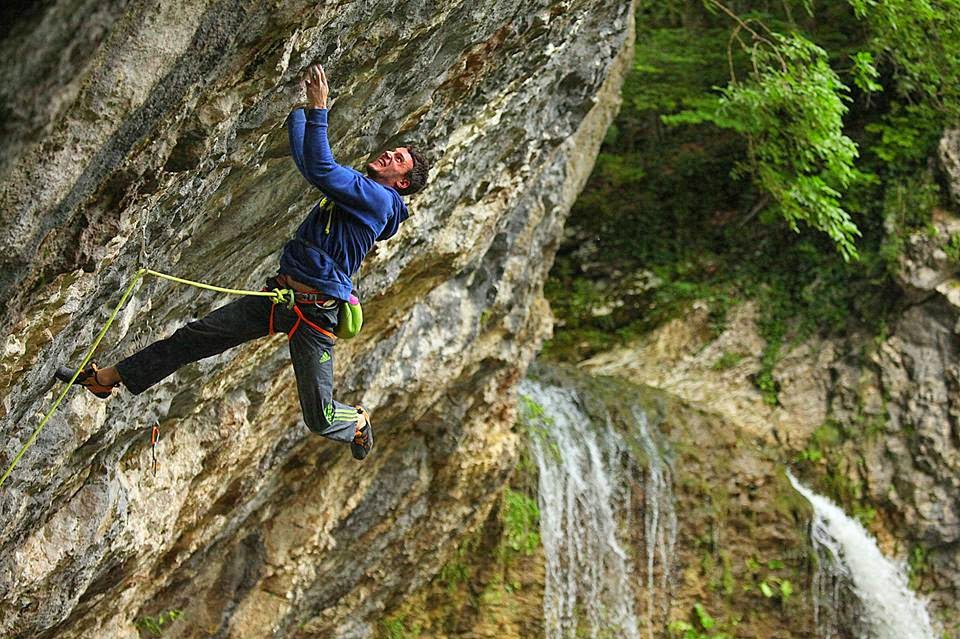 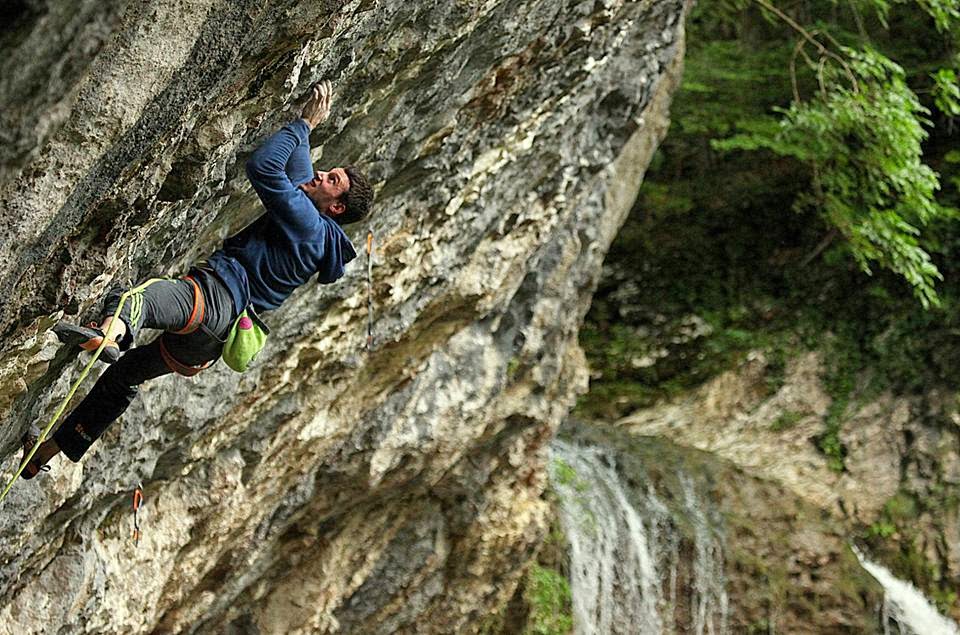 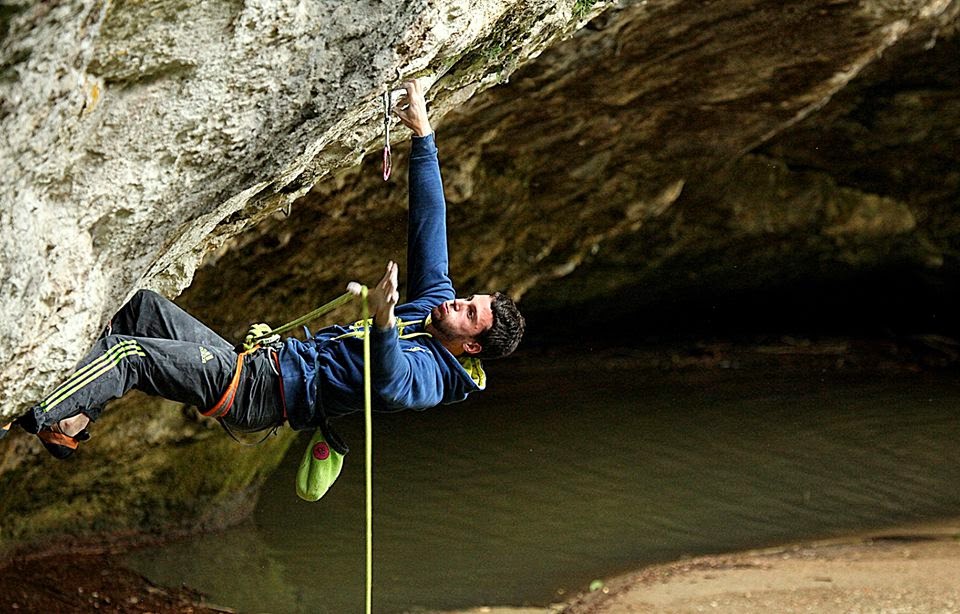 Back with some news from other side of the Ocean

Only 2 more weeks and it will be decided who are the top 10 boulder climbers in the world. Last 2 competitions were not the best ones this season, but still got some points and I'm hanging on the 7th place at the moment. But must say, that was really special trip, cause I left there alone with my little sister Julija. In Toronto I really tried my best, but unfortunately slipped from the top in first semi final boulder and ended on 9th place. I was in a really bad mood, till I found out that Julija made it to the finals. We couldn't believe, it was really happening. She did her best and ended on 6th place. For her sweet 16 is this her best result so far and let's hope it happens more often. In Vail we tried hard again, but this time, luck was not on our side. Julija just missed the semis for one place and I ended on 15th. It was actually only the matter of attempts, so after all, I wasn't too far from the finals.

Unfortunately you won't be able to see me in China, but you can keep your fingers crossed for the next World cup in Laval!

You can see more photos on: 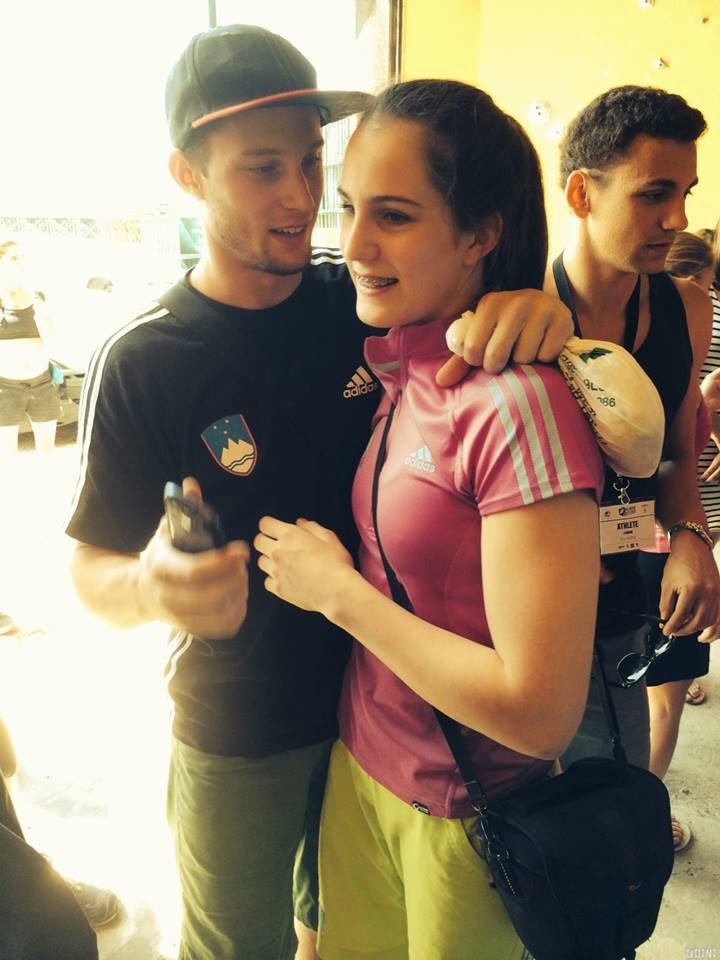 After semis in Toronto 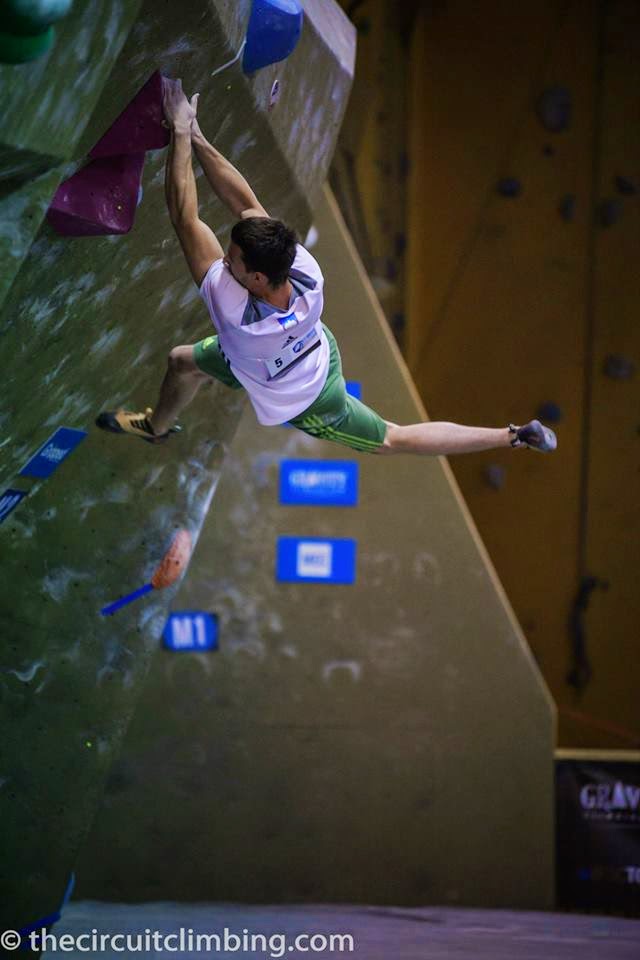 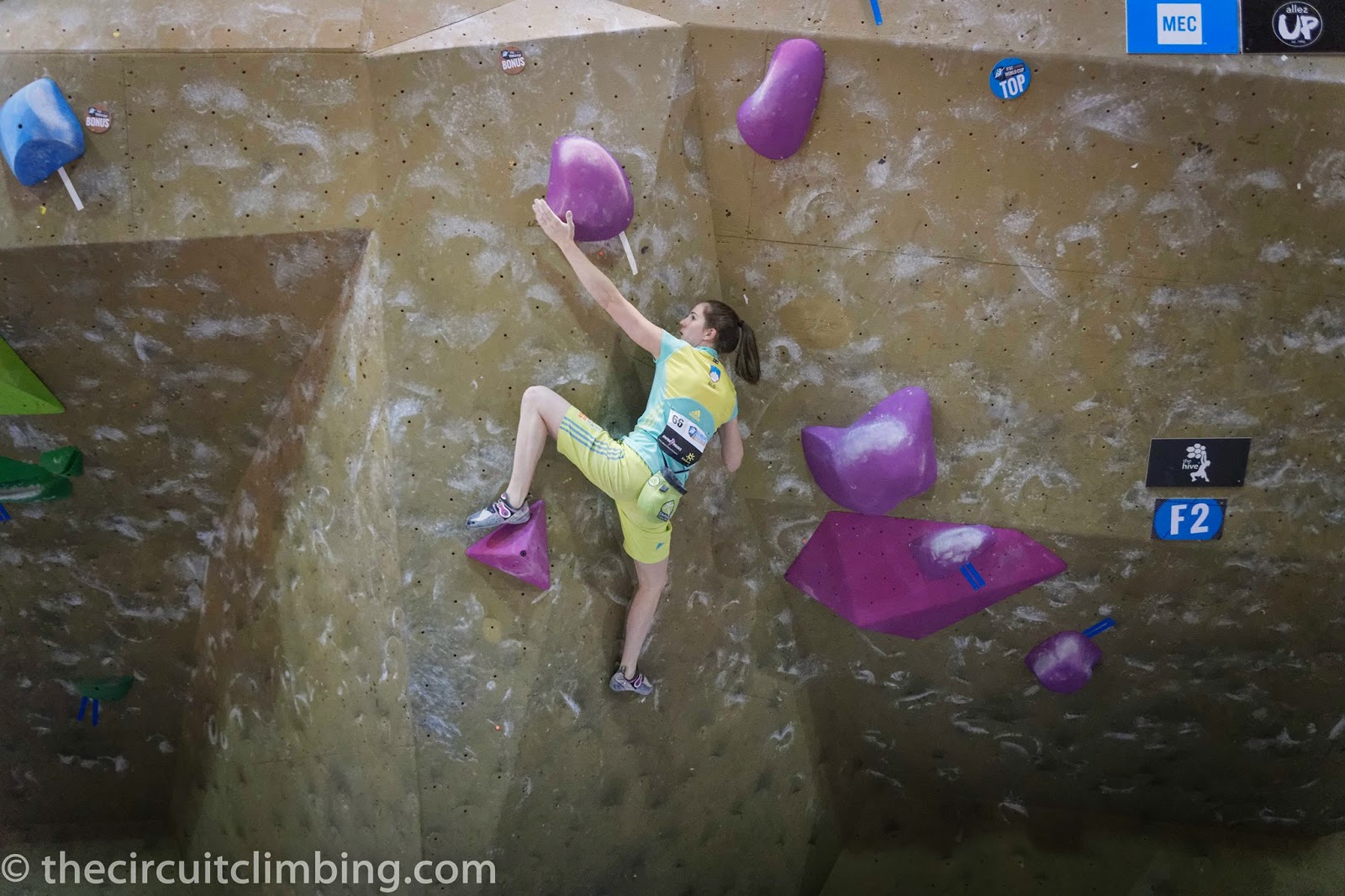 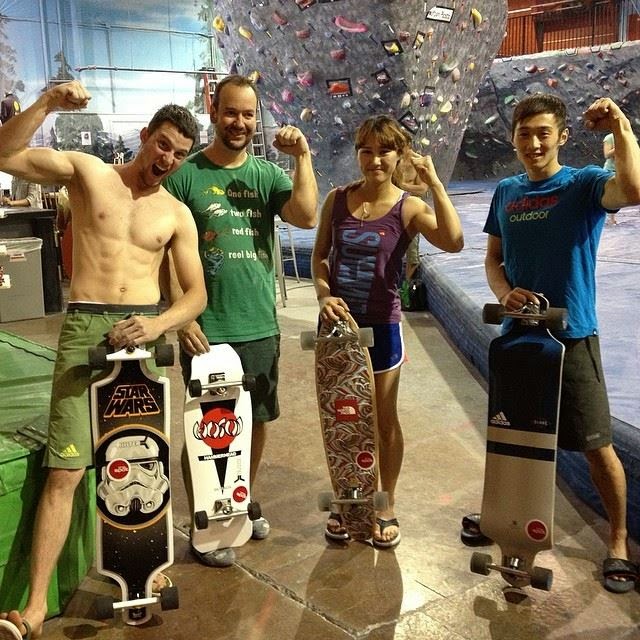 With Korean team- long boards. Training in The spot 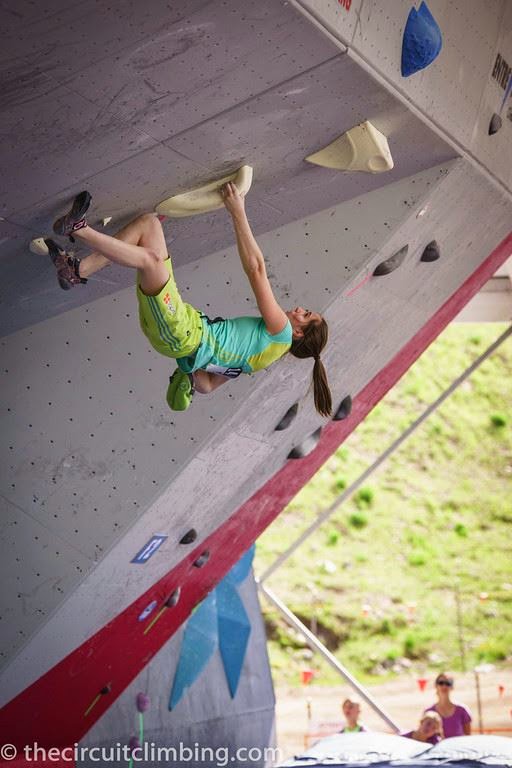 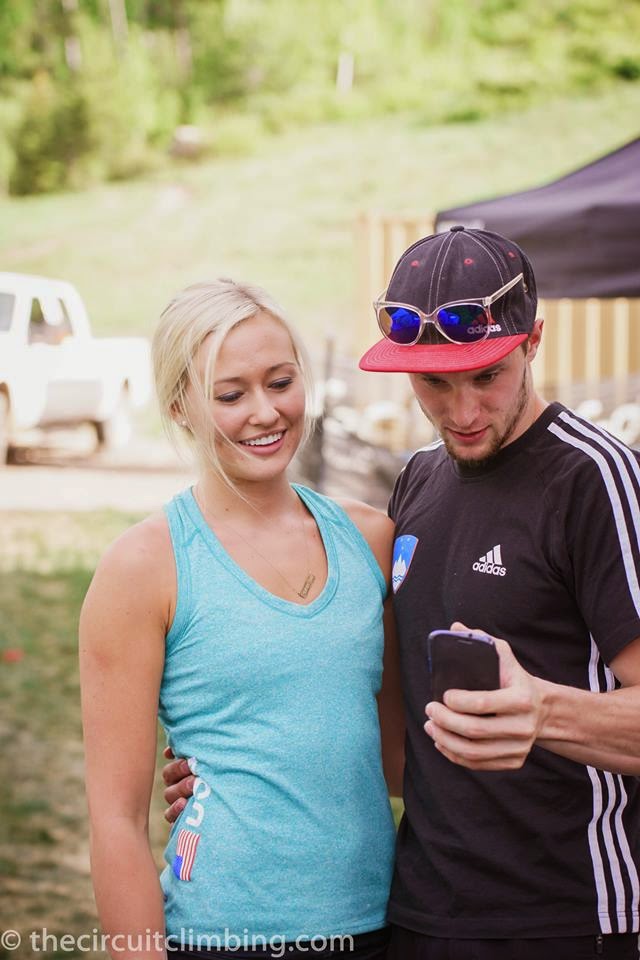 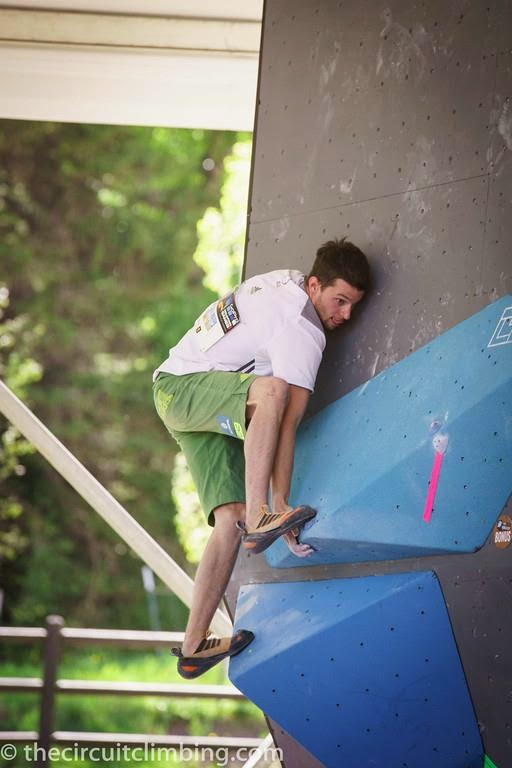 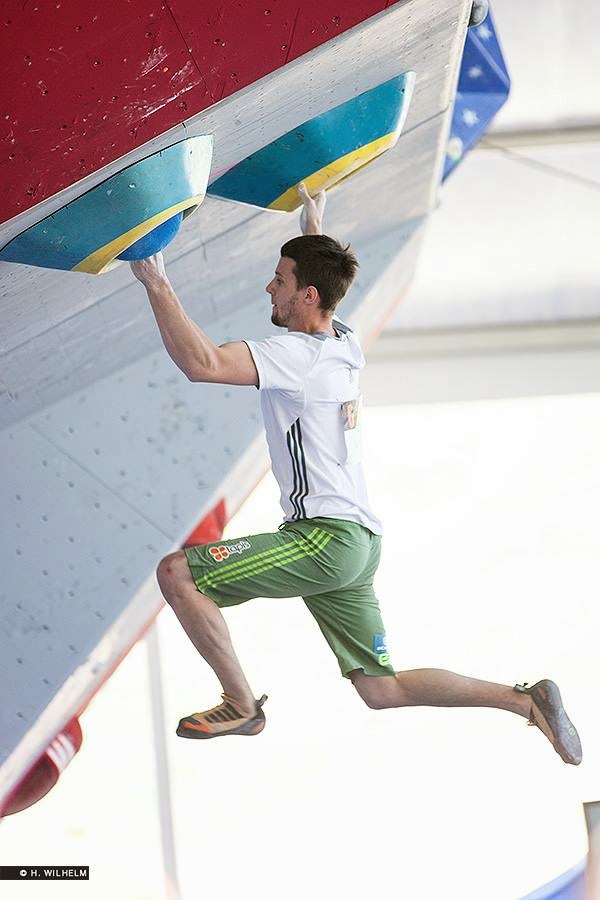