This is the story about two bouldering guys, who accidentally came up with an idea to climb one of the hardest multi pitch routes for Slovenians. The idea came when Gregor (later Vezi) and I were on a trip to Switzerland last year, just for some sport climbing. I've always been the one, who wanted to climb more in the mountains and also Vezi had some experience from multi pitch climbing. During the stay at Urs Stoeckler's house I was checking the guide book of eastern Switzerland. I always find some projects while looking at guide books, but I just rarely find time and a partner to make it come true. First idea was of course Sielbergeier, but since it has so many repetitions, I found a plan B in Titilis Nordwand. I asked Urs about the route and he was happy to tell me, that he has been in the route already and that it hasn't seen any repetitions after first ascent of Matthias Trottmann in 2013. I asked Vezi, if he is in to go with me. He said, that if he finishes all the exams until August than he's in. I must admit, Vezi was very committed to work and he was finished with all exams in June already. Luckily now we had time, to organise everything for this trip. We both had time, the only problem was money. That's the moment when Vezi did an amazing job again. He got us enough money, to go for an one month trip. I prepared my car and organised some other things and we were ready for the trip. Plan was to go there for a month and if we climb it faster, than we can go for some bouldering in Magic wood as well.

Everything was ready and we were of to go. We arrived to Engelberg on Monday, 24. of August. Unfortunately it was raining and it was dark already, so we didn't want to walk up to bivouac. The next day rain stopped and we headed up with all the needed equipment. Because of the fog we got lost a bit and so we needed at least 2 hours to get somewhere. We couldn't find the bivouac, so we made one by our own, took the climbing gear and went to the route. As expected, lower part of the route was soaking wet, but we were brave and decided to try it anyway. Luckily we were smart enough and turned down after first pitch. On the way back to our new home, we spotted the original place for bivouac. From our bivouac, we needed almost an hour to get to the route, so we decided to move our stuff up to the original one and we saved almost half an hour walk. On that day, we walked as I've never walked before in my life. But we were not so tired and we got some sleep after all. 26. 8. was the day, when we gave it a first real try. Vezi led the first 5b pitch, 6b was mine, the wet 7b Vezi on sighted easily and the same with me in next 6c slab. Now the easy part was over. Also the terrain chained from slabs to a huge overhang. The real business began, when Vezi started with an 8b+. He was doing okay, but after few quickdraws he was a bit to scared to get to the next one. He came down to the ledge and gave me a try. Luckily I didn't have problems on that part and I made it to the top, while doing all the moves individually. Vezi came after me and also checked out all the moves. We both felt satisfied, because we knew it's possible. Hanging anchor wasn't too comfortable, so we continued up to next 8a+ pitch. The same as before I did all the moves, belayed Vezi for the same reason and than decided to go down, thinking the last 7a pitch is easy. I really had mixed feelings about hardest pitch. I knew I can do it next try, or I can just grab the second quickdraw because of being nervous. We came down to bivouac and made a proper mountain dinner. After having delicious lunch (huge snack bar) in the route, we made a Cuscus with some tuna and corn. Next day the route was a bit dryer and weather was nice. We came under the route around 10:00 and Vezi started with first 2 pitches connecting together. I did the same with 7b and 6c. I said to Vezi, that I'm prepared for a serious try and if I maybe fall, I'll just check out the moves again. Expect the unexpected! I was on the top of 8b+. I felt comfortable for next pitch, so I gave Vezi 2 tries in this one. Unfortunately he couldn't do it that day, so I was continuing to 8a+. I didn't take any rest, because I knew next one shouldn't be a problem for me. But speaking of devil. I was at the point, where I was 100% sure I'm gonna fall. I was fighting with all my strengths I had and somehow managed to hold the last jug. We didn't take any drinks with us up to that pitch, so I just had to move on with 7a. There were still 40 meters of slightly overhanging , loose rock climbing. I got cramps in my muscles after first quick draw and run outs were killing my confidence. With every next move I was suffering and praying for jugs and quick draws to come. This pitch just didn't end. I reached the top so tired, I couldn't even look around and scream the victory sound. I just wanted to go down. We left almost all of our stuff in bivouac and went down to valley. When I got my beer and pizza, the right emotions came out. I was happy, calm and satisfied.

We took a day off and got back for Vezi's revenge. I think, I would never walk so much just to belay someone. But the plan was, that all of us should climb it, so I didn't even hesitate and went up there with him. He was a bit afraid of 8a+ and that he would fail it. He said, if he doesn't make it in this weekend, we won't be back. Luckily we met Matthias at the bivouac and the atmosphere was so positive, Vezi felt more comfortable and determined he can make it. On Saturday we were back in the route. Everything went smoothly up to the ledge. Even more than 70 moves felt easy enough for this boulder guy, he didn't get pumped too much. Now the hard part for him has began. He didn't really remember all the moves, so he got lost a bit and fell. I can tell how said he was, when he realised he has to try it again. He didn't feel fresh anymore, but he gave it one more try. I can imagine how determinate he was on the part where he fell before, because he wouldn't try it again if he fell. He used all the skills he had to make it done. And also Vezi was on the top. 7a didn't cost him any problems, because he knew some more than I knew, when I was there. I was so happy for him and of course me as well, that we don't have to go back and we can enjoy in what we like the most. Bouldering!

After these moments I really have to thank our donators for financial support and food as well. Without you, this incredible ascent wouldn't be possible. So all thanks to Vertikala X d.o.o. (Gregor Lačen), METAO (Al Hiasat Marko Omar), Medikem (Bogdan Tušek), IKD (Franc Pušnik) and Scarpa. 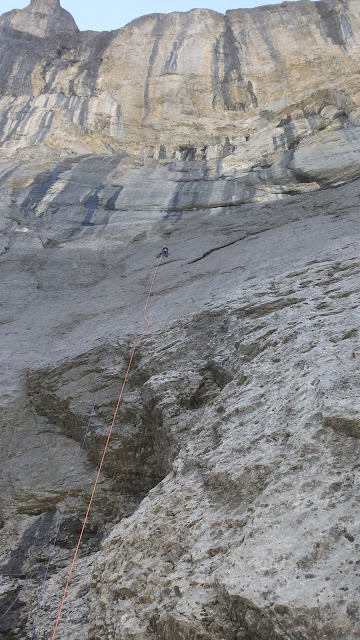 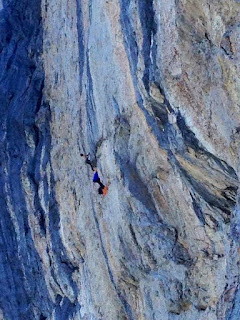 my life as a belayer 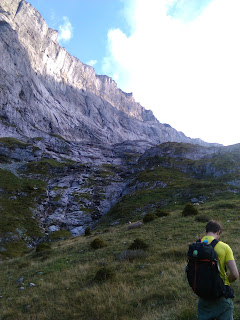 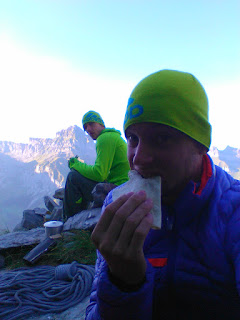 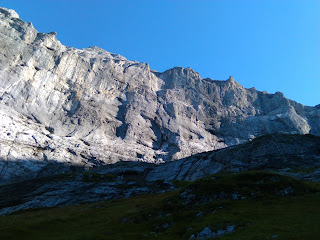 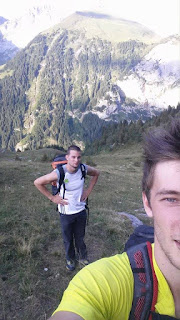 no food for a week 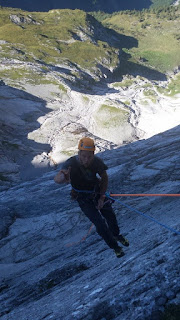 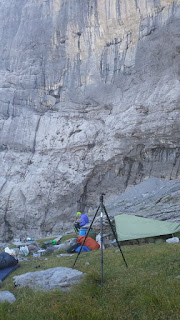 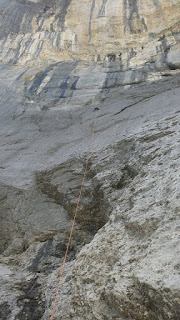