After Finland, I decided to spend some time in local areas like Golobove pečine and Kamniško Savonjske Alps. Because the weather was pretty nice and warm, I went to Mrzla gora together with Karel Završnik to climb Mihov 7. zobek. As far as we knew, the route hasn't been climbed as it should be, at least the hardest pitch in lead. So I started with first pitch graded with 7a+. Bouldery and technical slab with some bushes on the top. I did it on sight. It was a bit hard to find the line up to the next anchor. so after 5c we were already under the overhang of the hardest pitch. I decided to give it an on sight attempt, but obviously it was too difficult to read for me. Needed few minutes to figure out moves, went to the top and gave Karel a top rope try. In next try I was comfortable enough to sent it without any problems. We again had some small problems in next pitches, but luckily they were easy enough to solve everything out. In my opinion the upper pitches were 6c, 4c and 5c, including 7c+ as the hardest one. Hopefully we'll be back in spring to bolt some new stuff on this amazing piece of rock.

In Golobove pečine, I met my old friends where we fight together true some old classics that were broken and unrepeated. I reclimbed Meningitis(use to be hard 8b, now 8b+) and together with Izi, we repeated Dropbox(8a, now 8a+). Too bad that Bizi couldn't send it as well, but I'm sure he'll do it next time! 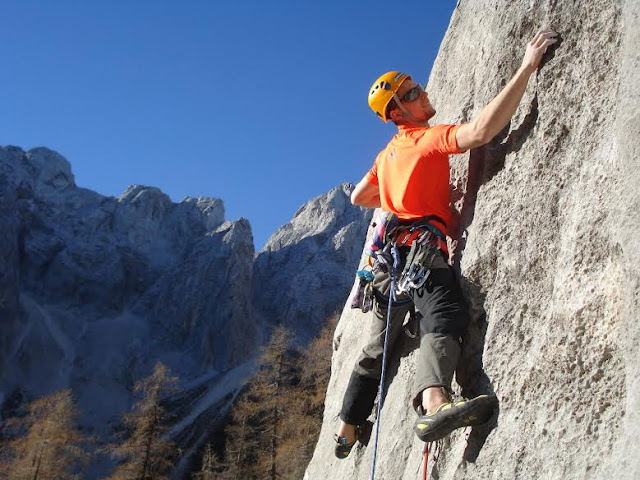 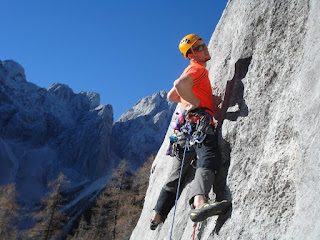 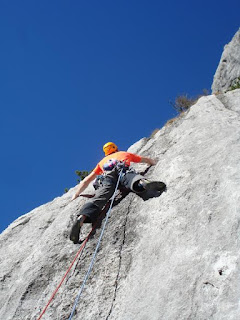 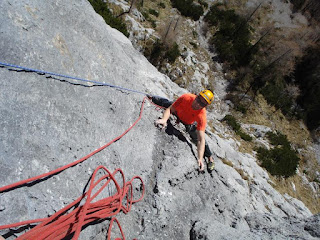 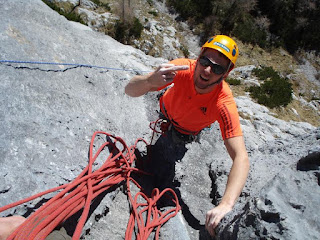 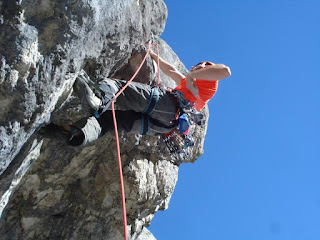 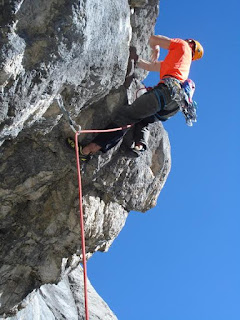 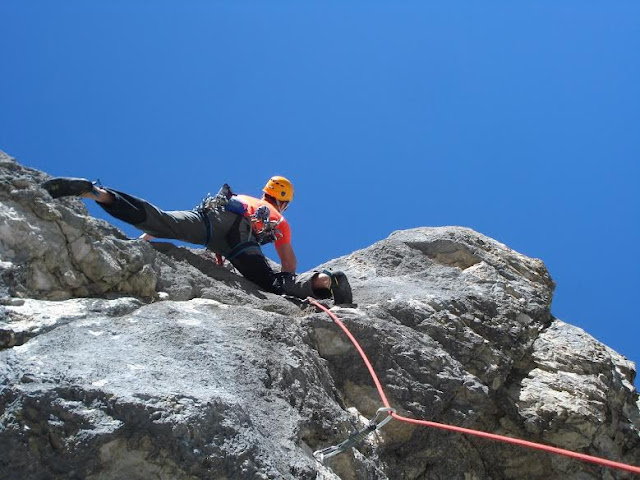 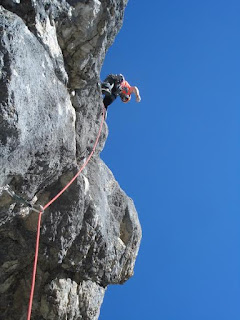 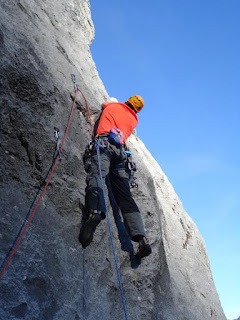 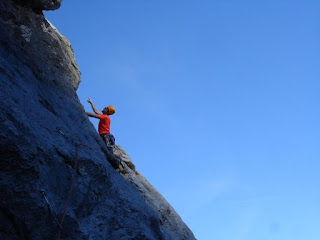 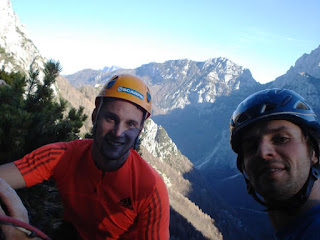 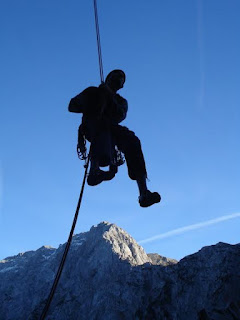 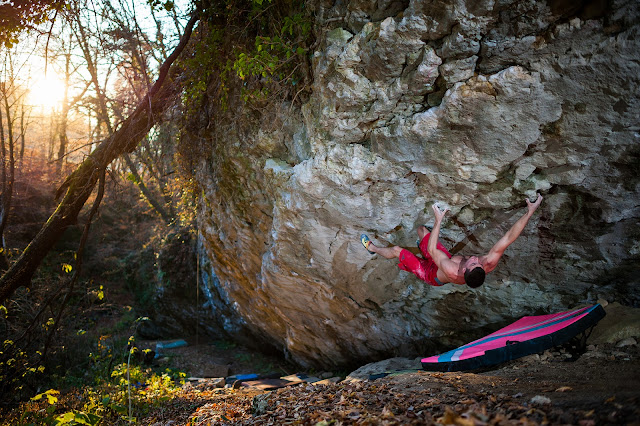