Yesterday I joined my friends from Koroška, to climb in their local crag Ožbalt. They cleaned up a new block, where Rok Klančnik did a first ascent in Out of space (8a). Later I flashed it and than we moved to another spot. We tried an old project on Krimpzeit block. It starts on the same hold as Krimpzeit and than it goes right. I needed few tries to send it and decided to give it a name Trnova krona. Later Rok had repeat it and we graded it 8a. 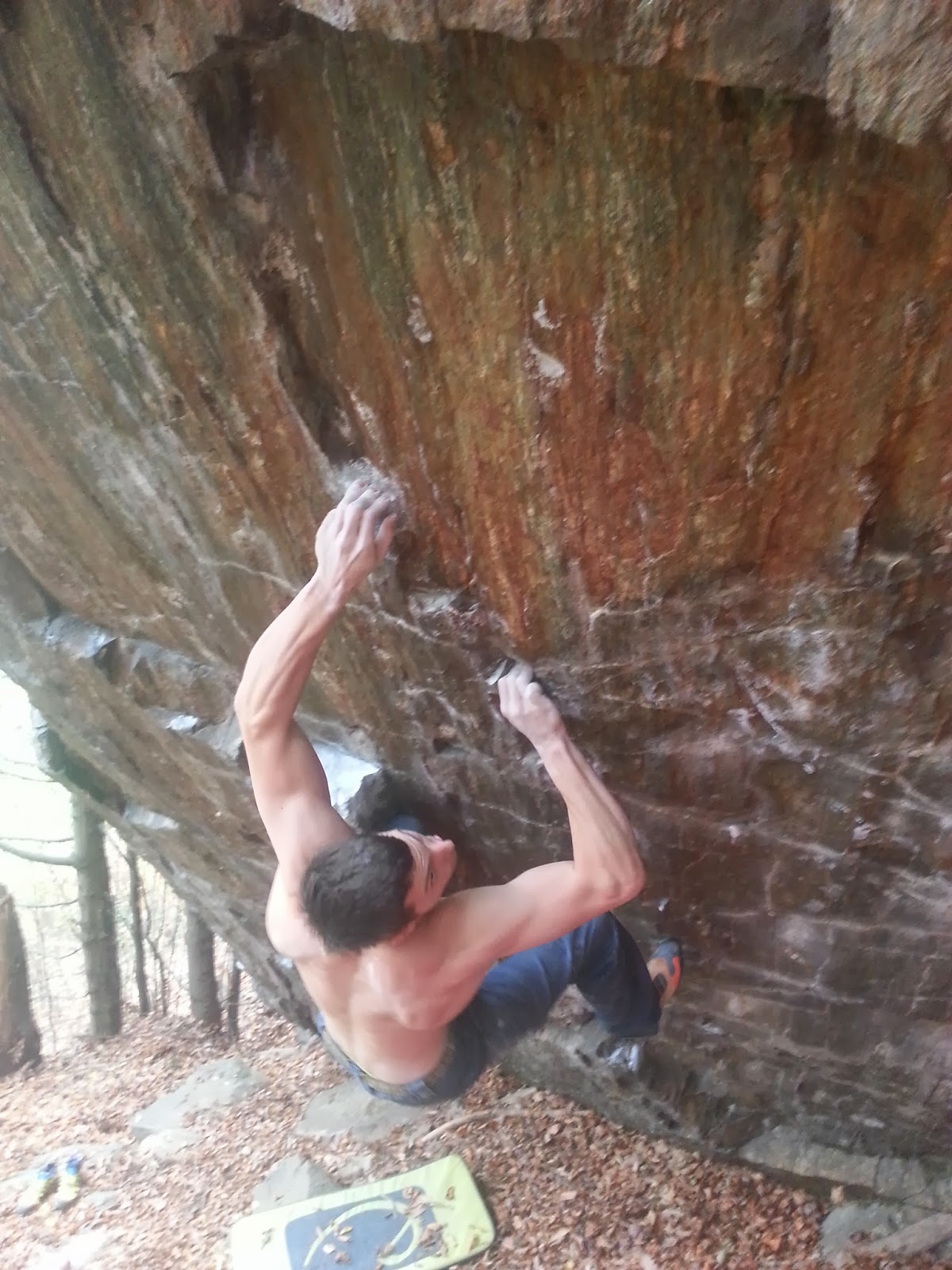 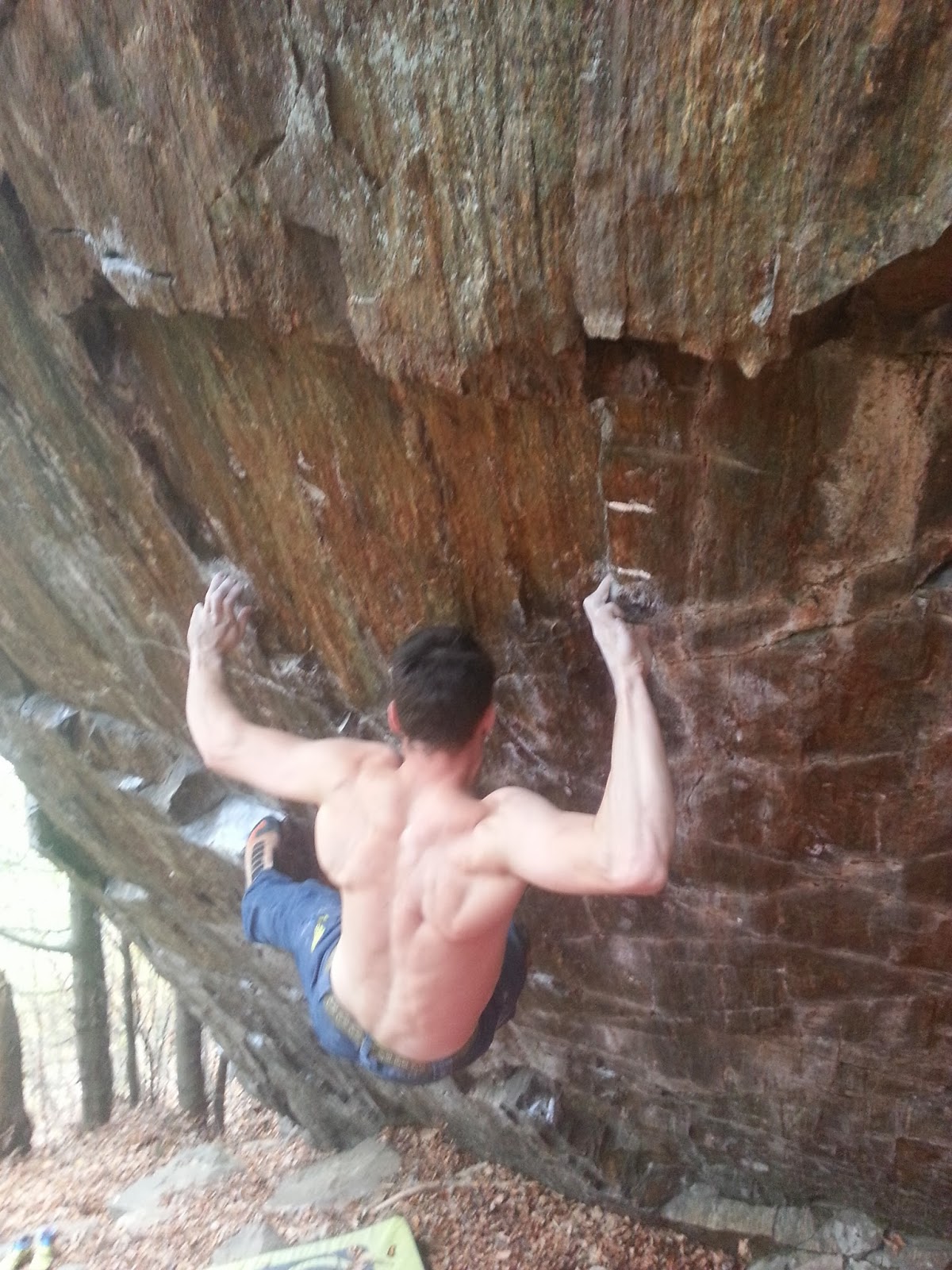