This weekend, our coach Simon organized superb bouldering competition in Prestranek. First, it was supposed to be a nationals, but something went wrong with approval. Anyway it was fun, because the rules were a bit different. During the day we had 2,5 hours for the qualification round, where we had 20 boulders to flash. I managed to climb 19 of them, which placed me on second position right after Rustam Gelmanov, who toped all off them. In the finals were also Domen Škofic, Urban Primožič, Sergej Epih and Gregor Vezonik.

With the finals, we started at 9 pm with very nice atmosphere (blue lights and holds with flashing colours). First we had 3 boulders and 3 tries per each. The best 3 climbers progressed to the final boulder on the big wall where the top hold was about 6 meters of the ground. For this one, the best 3 were not limited by tries, it was only the matter, who's going to climb it first. With 2 tops I was second after Domen and third was Rustam who started with this "high ball". All of us failed the first try, but luckily I was the one, who did it second go. That made me a winner of this great competition.

At women's, Mina took the first place, second was Janja and third was my little sister Julija. I'm so sad that she couldn't the the first move, because further moves were just for her. 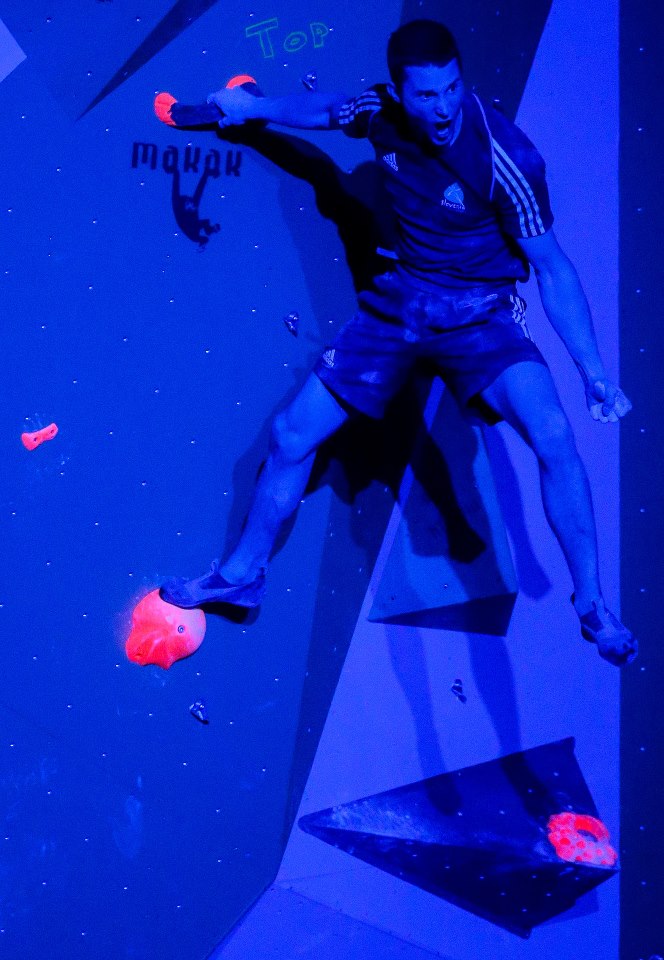 me, topping the highball