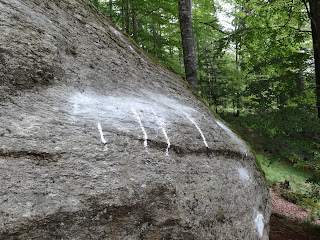 Not so big, but very beautiful place was found few years ago on Slovenian only gneis mountain chain Pohorje. I found few lines up to 7b, but this year Žužel showed me the real shit up there. It's about 7m high boulder with lines up to 7b+ and some projects. Mighty project in the middle of boulder was touched by Klančnik and company few years ago, but unfortunatley it wasn't climbed. Of course, we had to try it, but even we were defeated. I couldn't reach huge sloper with other hand, probably cuz of the realy high temperatures. But I managed to do all the other moves, so I hope some day it will be cooler and I'll be able to send it. We also tried new cleaned line left of it and we did few moves. This one is more technical and a bit higher.
Few days later I flashed new line which was opened by Izi and I grade it 7b+  Explosion time. After, when the sun went down, also Izi and Bizi were  succeeded. I hope we'll be back soon with more Pads and power. 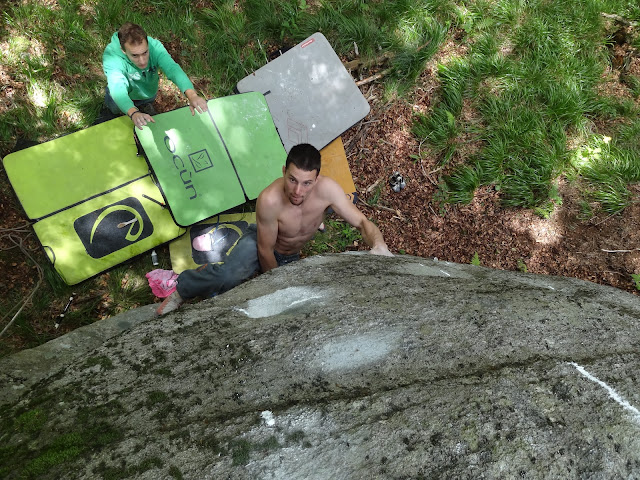 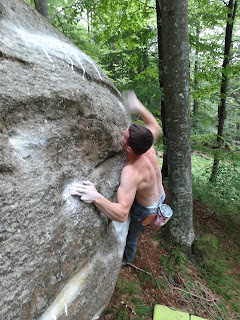 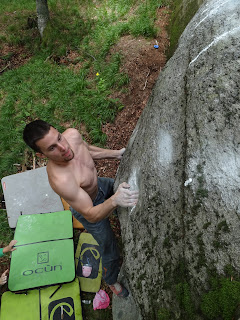