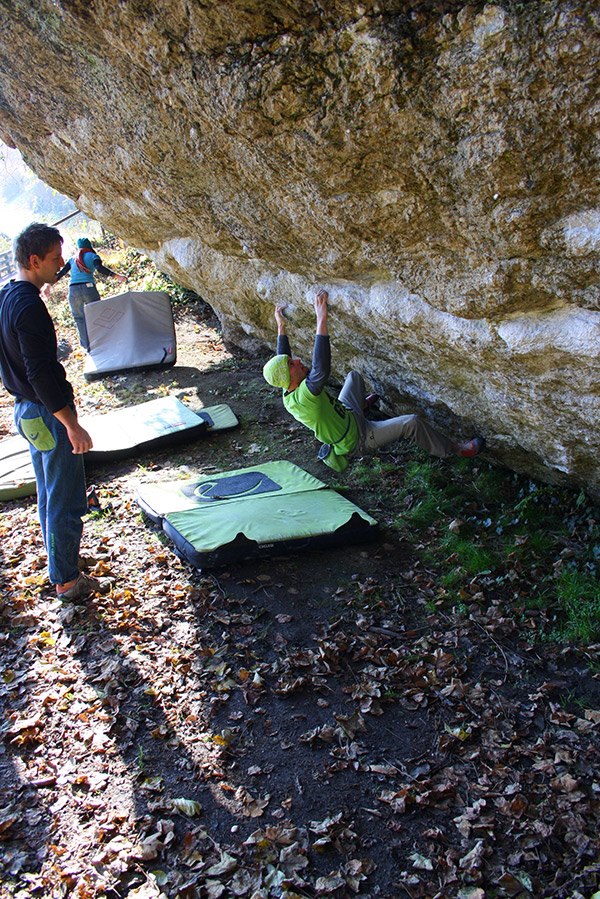 Strassenblock traverse is my 100. 8a or more for me. Till today I had 97 climbed problems, but today I added 3 more. The team of 3 climbers (Bizi, Varga, me) went to a boulder spot near Graz called St. Radegund. Thanks to Pašo, we came to a very unusual forest with only 4 block in it. First we stopped at 8a dyno, first climbed by Loskot and named Free Engelbert. First I flashed the traverse, which Bizi and Varga also sent it, graded 7c. Than I gave a flash attempt in dyno, but unfotunately I touched a pad. If you ask my friends, they would say I didn't, but let be honest. So I sent it 3rd go. Later we moved, and I flashed Sunny side up(8a)  and did Strassenblock traverse (8a) in second go. Also Varga and Bizi sent it. Than we moved do another block, where Hinterm Busch und Gusch route is. I heard it's graded 8a, but with using all the holds you can grab, it's not more than 7c. I also tried this 8a+ on the same block, but without success. Below this block, I opened new line, named it Oh long Johnson and I put grade 7c+. 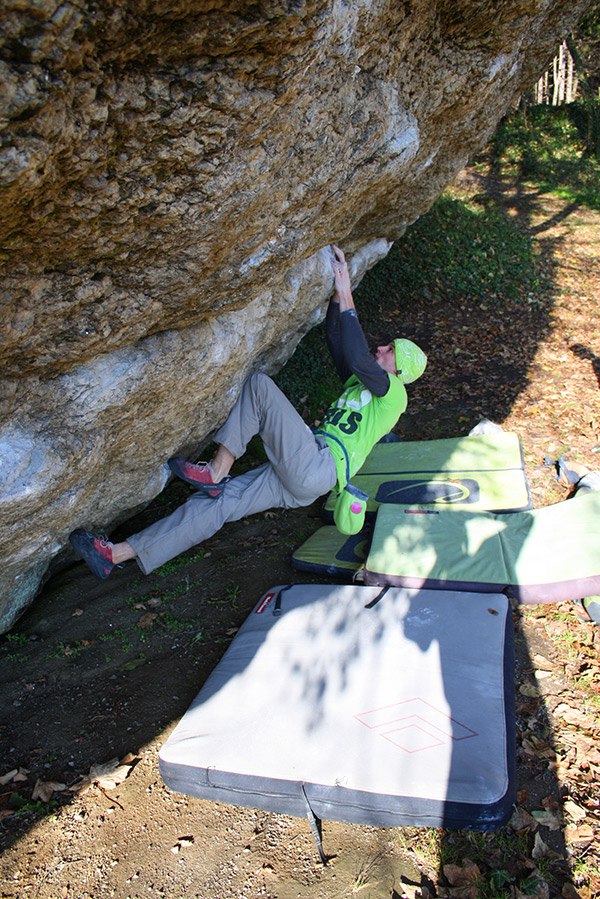 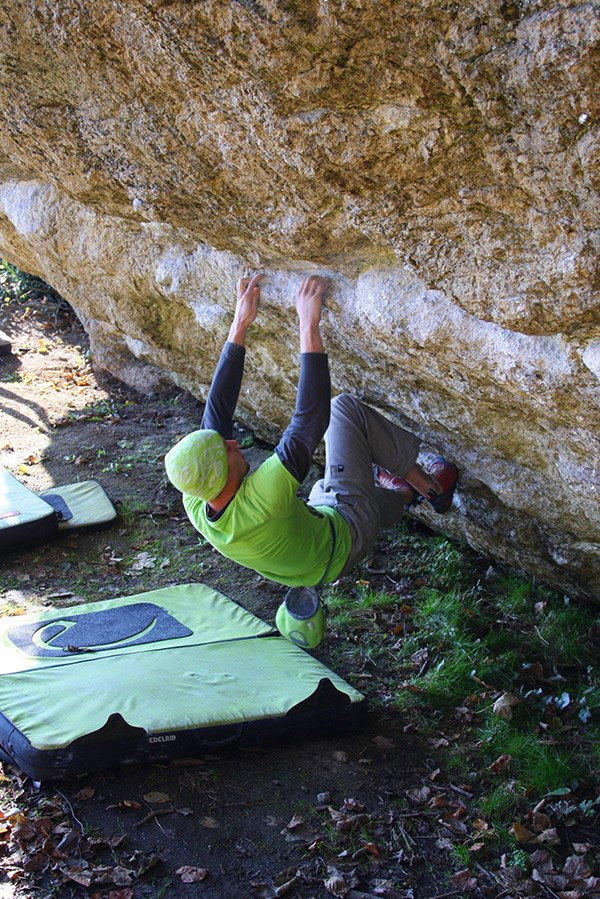 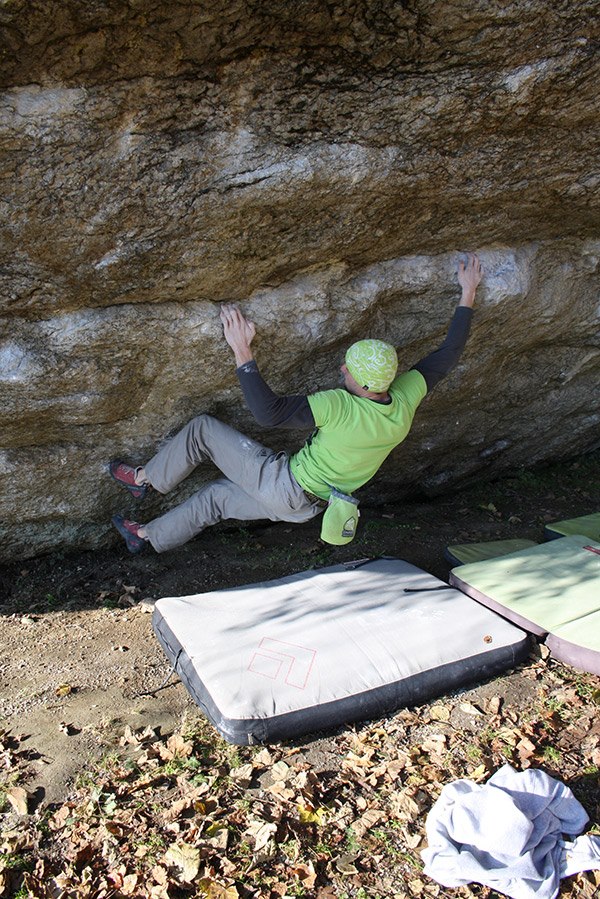 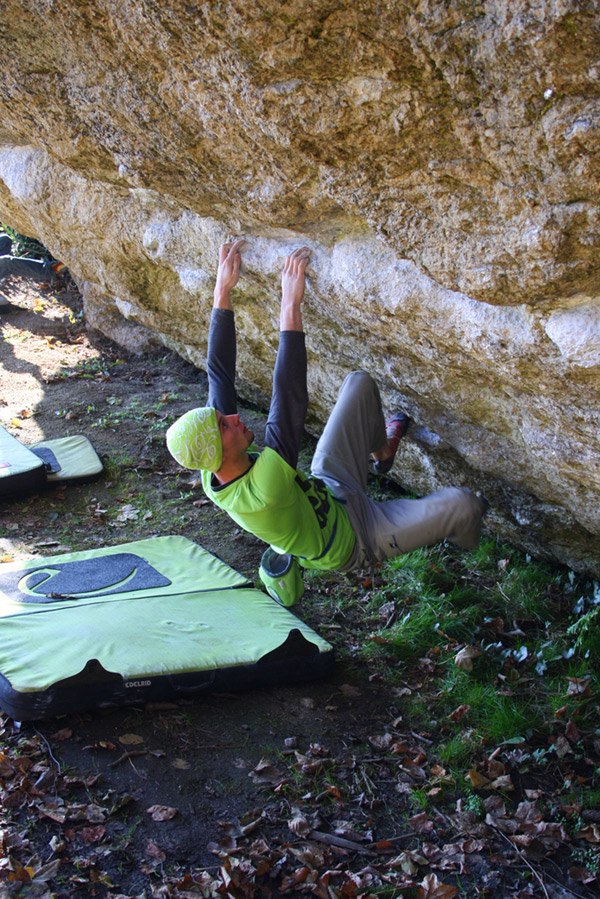 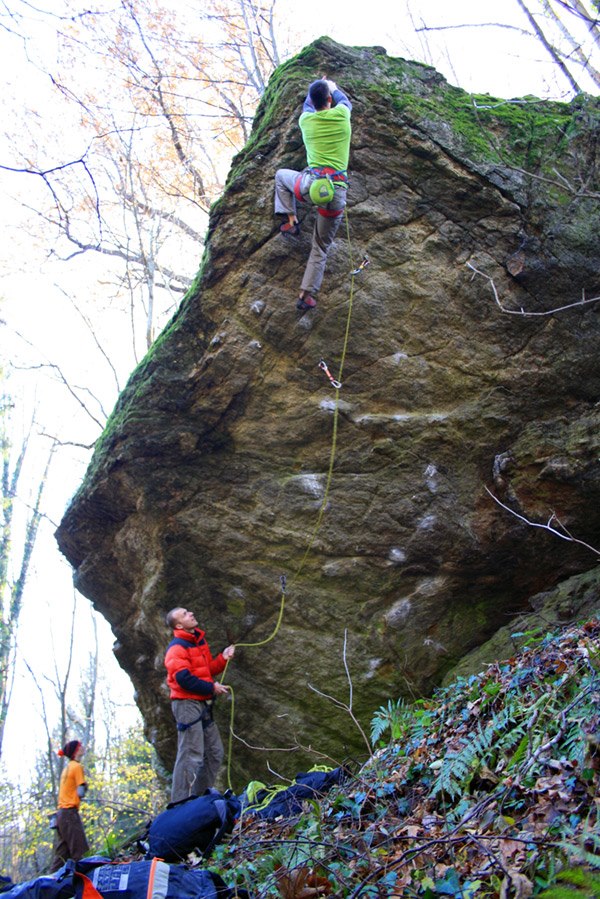 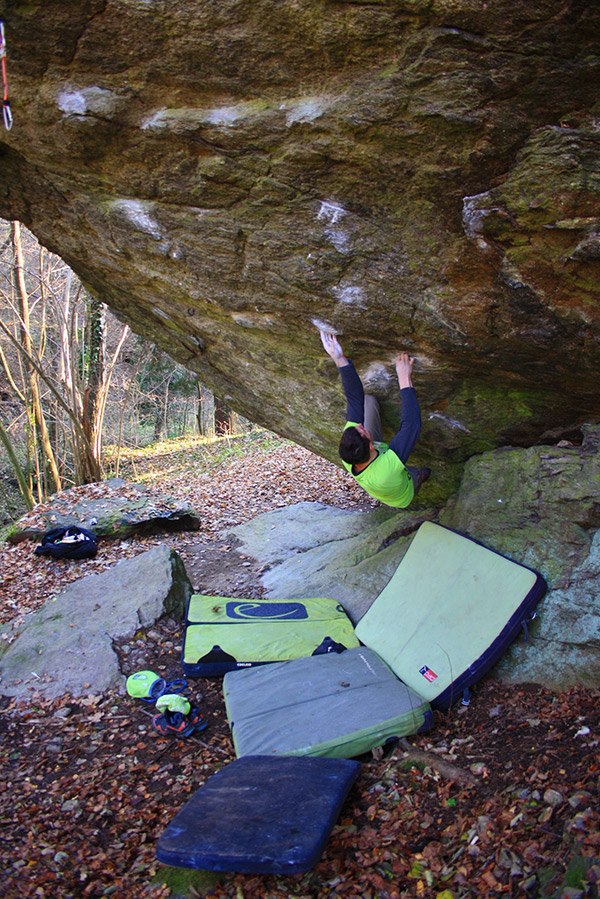 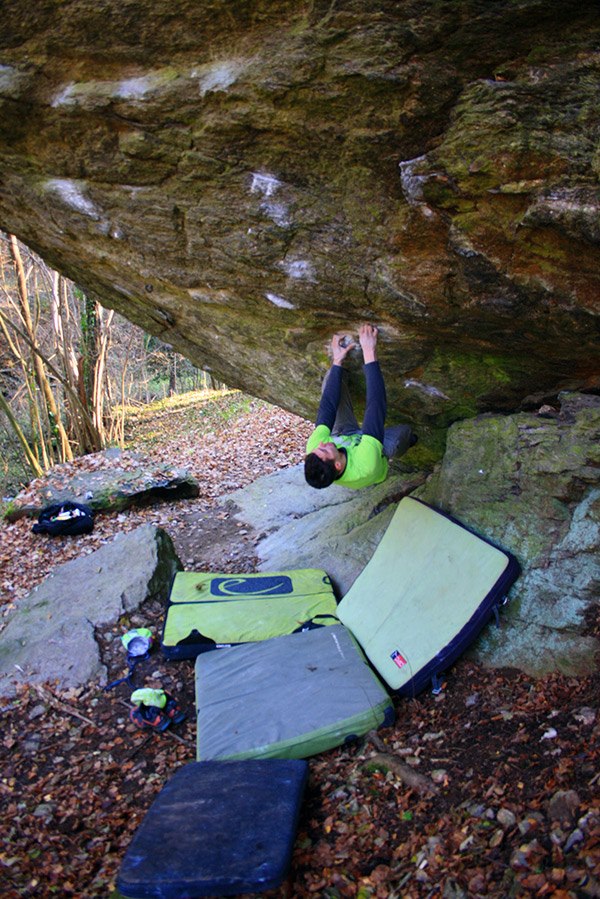