Hello! I'm back from Sheffield, so I owe you some promised things. First I'll try to be short about my trip to UK, cause I know you rather see my movie and some words about my new 8b+ boulder.

OK, I have nothing much to say about that trip, but it was productive. I didn't do so well on the comp, but the other days were great. I went to grit for 2 days and 2 days of indoor training. Outdoors I sent few problems up to 7c+, including few unfinished business from 2011. 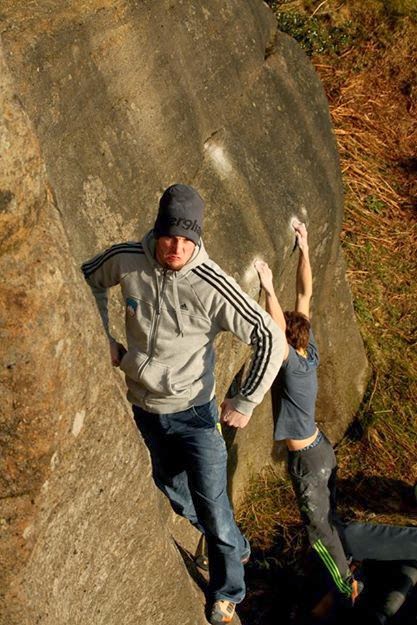 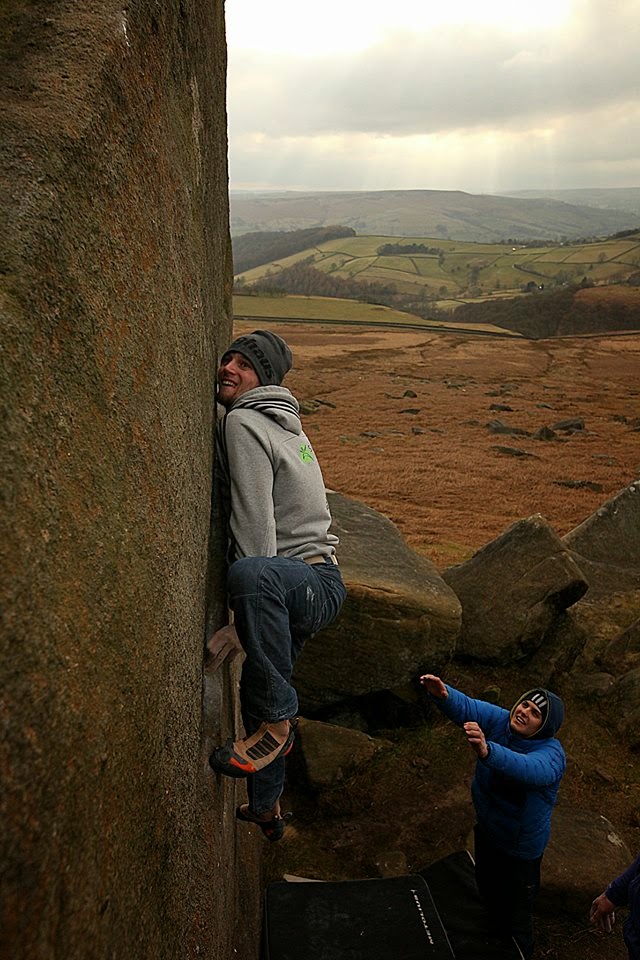 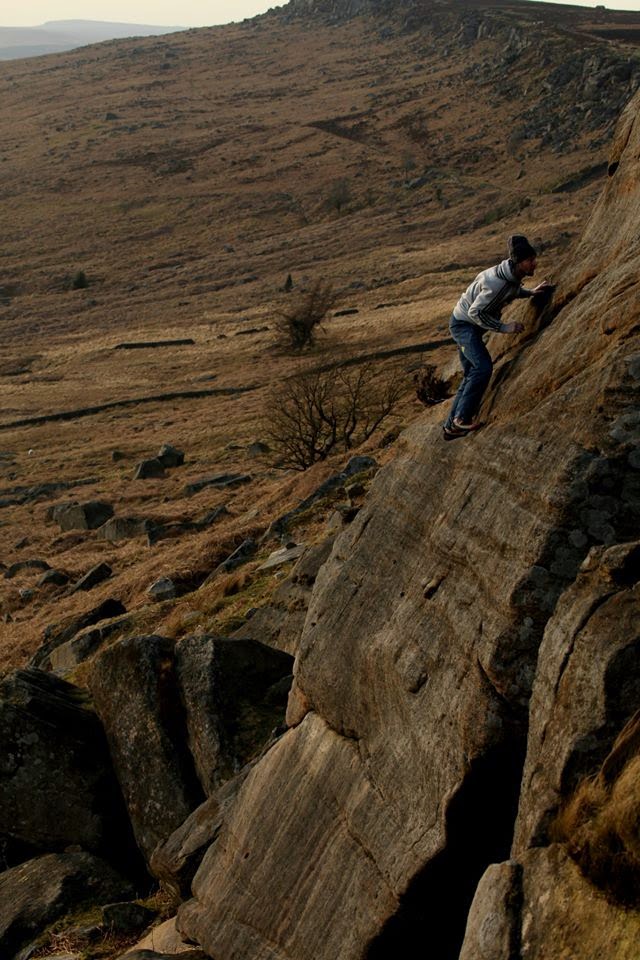 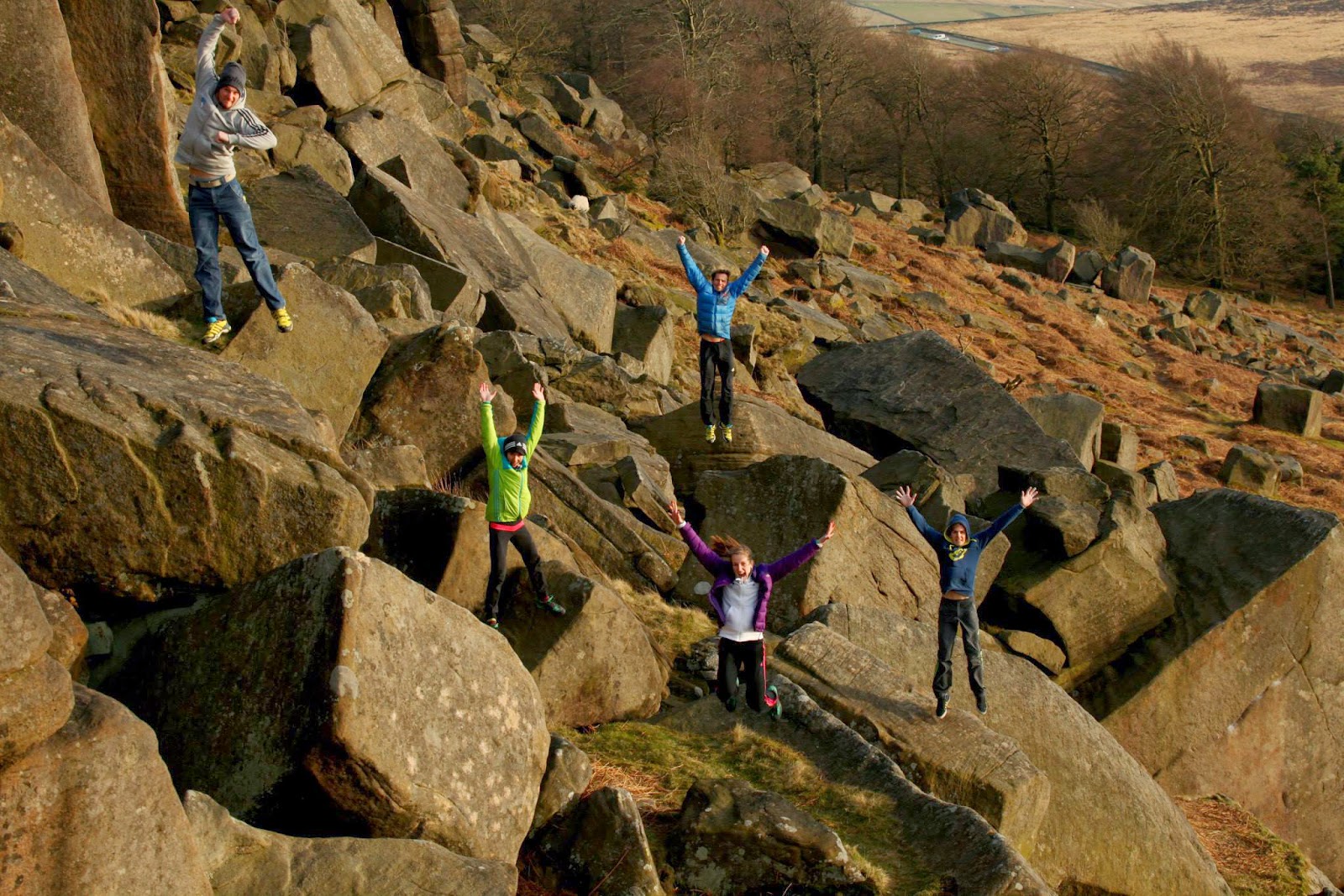 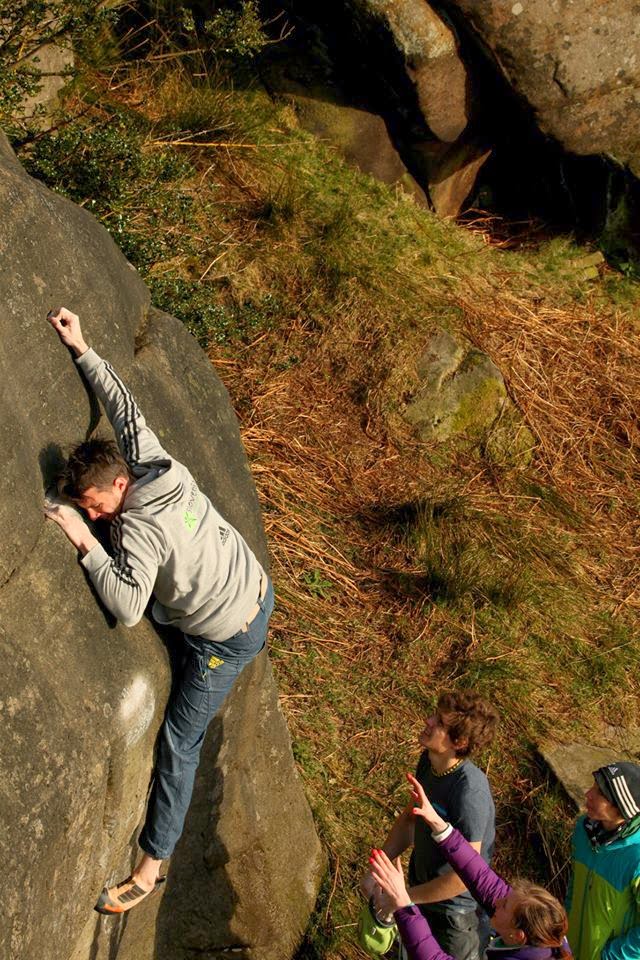 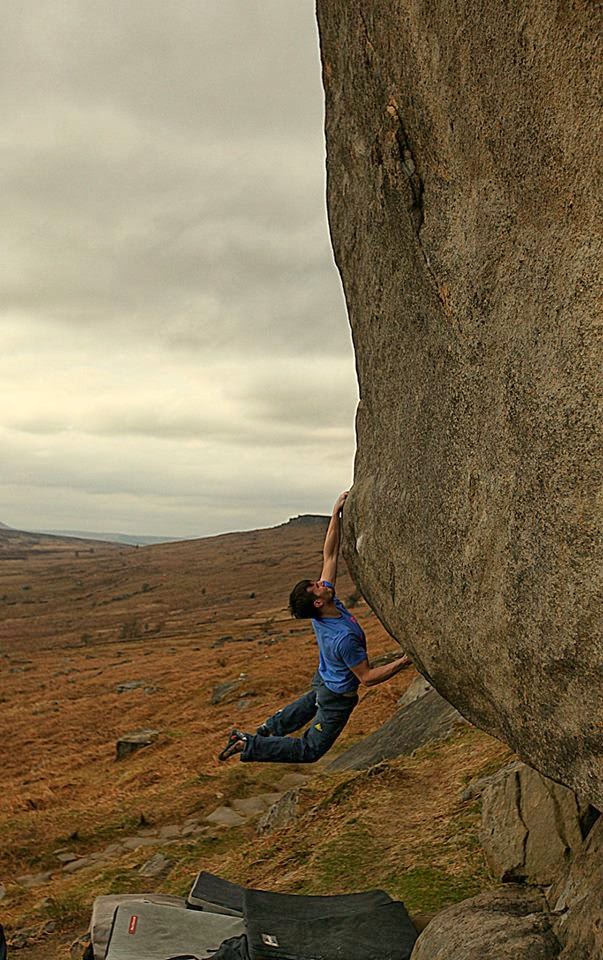 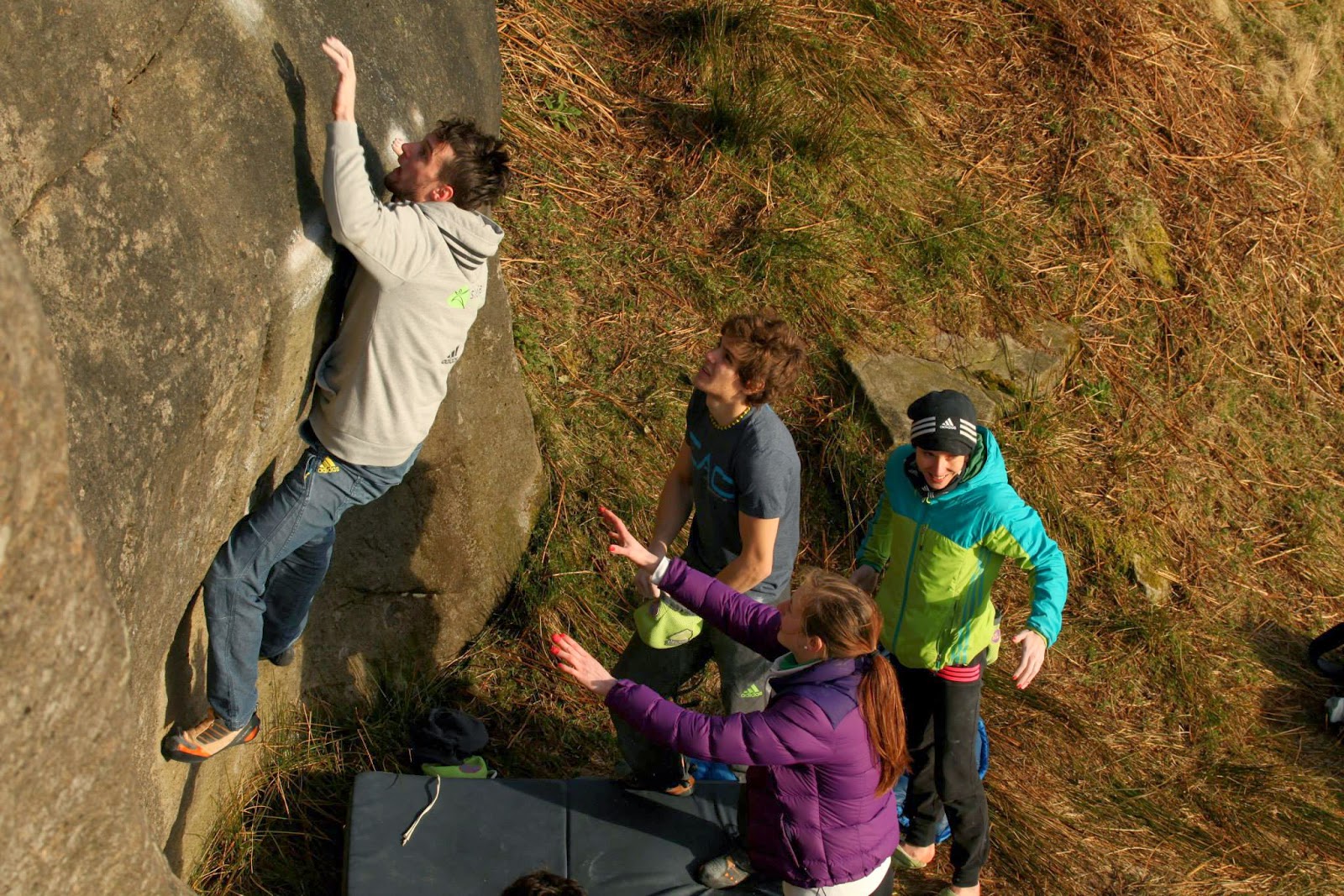 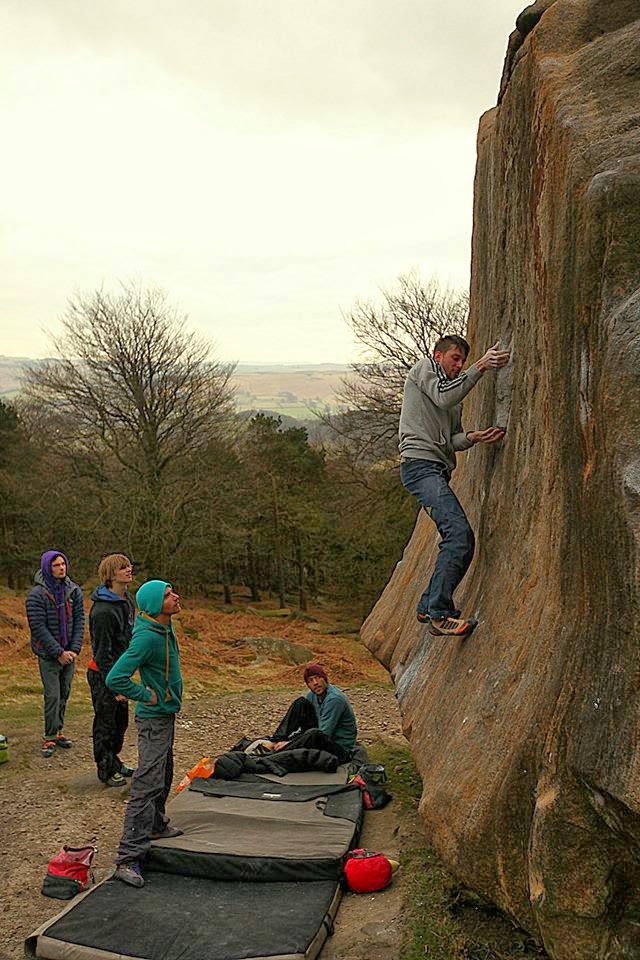 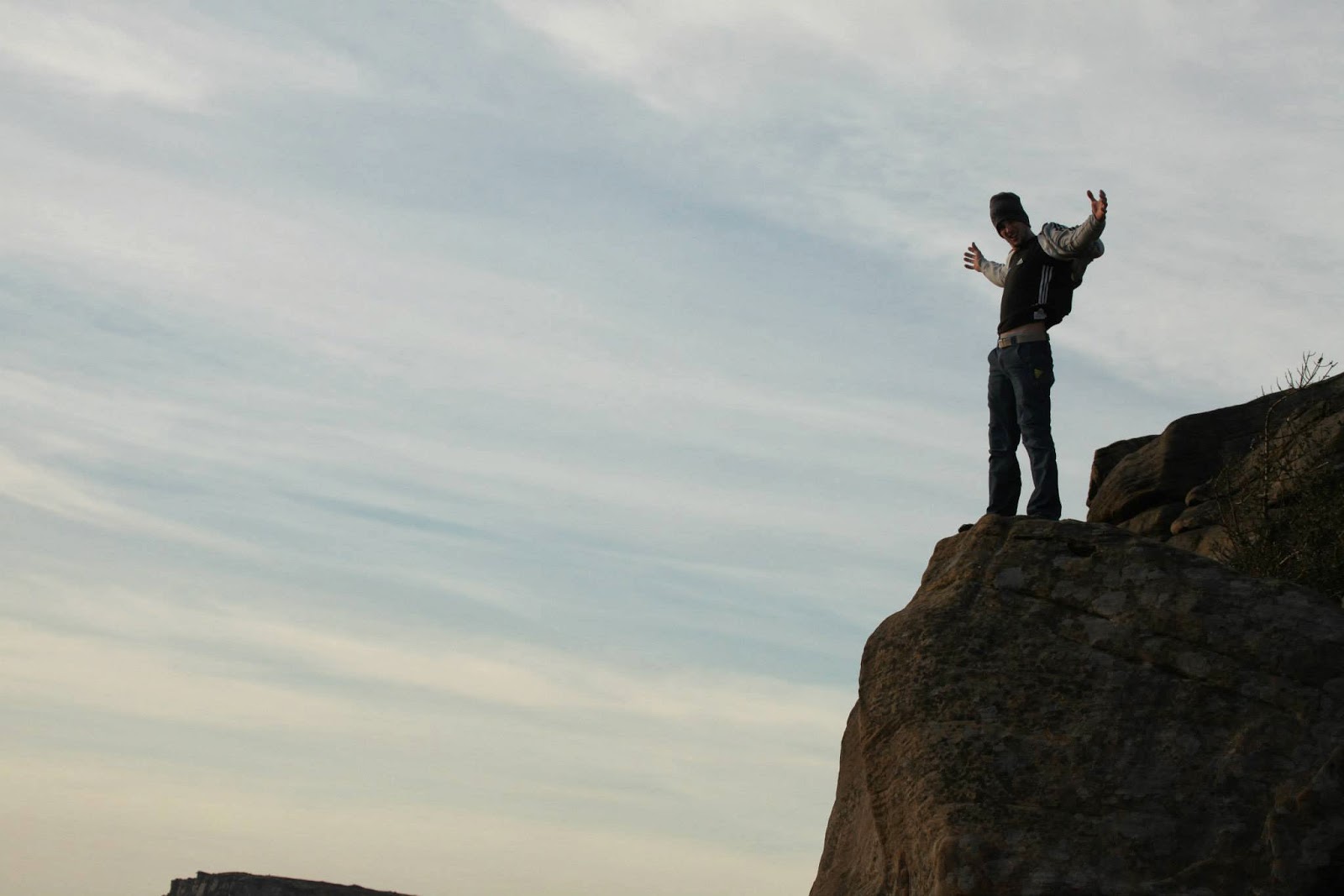 feeling great on a grit

after 2 years of working on this hard project, I finally sent one of the hardest Slovenian problems. It was 8 moves overhang problem with really hard tensions. There are so many holds and so many different betas so I needed one year to figure out the easiest one. Actually it was Izi's beta, but it was so hard, that I was still trying to find easier one. I would say, this are the hardest moves I've ever connected and I'm going 8b+ with this one, no matter what others say. Already the first move is not so easy and after that, you continue into really powerful shoulder move. From here you have to lock your body position and grab next hold very precisely otherwise you can't progress. From here, another precise footwork and another hard shoulder move, from which I fell for so many tries. After that you are pretty much over, but still have to hold on till the end.

The name was given by Izi and I think it deserves it: Expression of the uniqueness. It is now the hardest boulder in Golobove pečine, but also some hard things are still unrepeated:

My next project is 65 moves overhang, which I can send in 2 parts. I talked to Domen and we said it could be at least 9a or even more. And there is also a route project, which can be at least 8c+ and I can also climb it in 2 parts.

Fingers cross for a good weather and thanks again to all my sponsors! Without you, nothing would be possible!